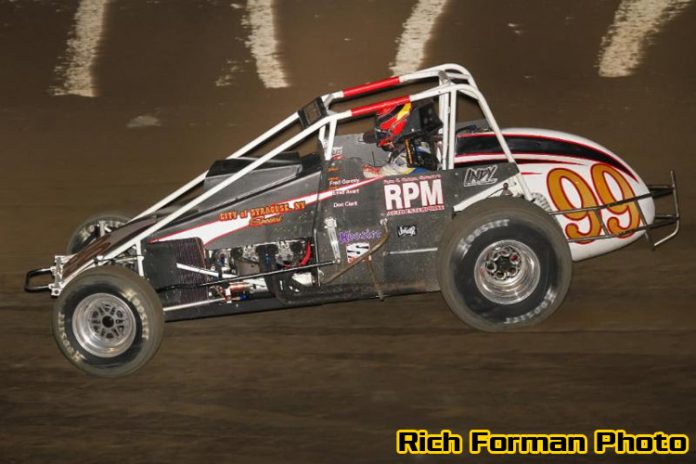 By RICHIE MURRAY
The most dominant USAC Silver Crown team at the “4-Crown Nationals” over the past three years has come out of Fred Gormly’s RPM Auto Enterprise stable. This Saturday, September 23 in the 36th running of the event at Rossburg, Ohio’s Eldora Speedway, two-time USAC AMSOIL National Sprint Car champ Brady Bacon will take his turn to become Gormly’s fourth different winner in as many years when he makes his debut in the team’s No. 199.
Bacon, a 2014 winner of the USAC Sprint Car portion of the “4-Crown,” has made two previous Eldora Silver Crown starts, both for Paul Martens’ Oklahoma-based team. The Broken Arrow, Oklahoma native driver finished 5th in 2015 and 4th in 2014 in each of his pair of starts.
Gormly’s team, however, has yet to finish outside the “top-one” at Eldora over the past three years. Jerry Coons, Jr. won for the team in 2014, followed by dominating, flawless performances by Christopher Bell (2015) and Chris Windom (2016), which he used to clinch the Silver Crown driver’s title a year ago.
In fact, Gormly-owned cars have led the last 101 laps at Eldora dating to 2014. Additionally, his cars have won the ProSource Pole Position in each of the past three years: Coons (2014), Bell (2015) and Tyler Courtney (2016).
However, Gormly’s team scaled back from competing on the full schedule in 2017, racing solely on the pavement (until this coming weekend) where drivers Davey Hamilton, Davey Hamilton, Jr. and Joe Liguori have each raced to top-five finishes this season.
Bacon has made 15 career Silver Crown starts since his 2014, including two in 2017: a 6th at the Terre Haute (Ind.) Action Track and a 5th at Williams Grove Speedway in Mechanicsburg, Pennsylvania.
At press time, Bacon appears to be the sole driver competing in all four legs of Saturday’s “4-Crown Nationals.” In addition to Gormly’s Silver Crown car, Bacon has rides in the Dooling/Hayward Motorsports No. 63 USAC Sprint Car, the FMR Racing No. 76m USAC Midget and the Bacon/Marshall Motorsports No. 99 wing sprint car for the Arctic Cat All Star Circuit of Champions portion of the program.
Gates open Saturday at noon. An autograph session featuring USAC’s drivers will begin in the fan zone located between turns three and four at 3pm. The drivers meeting will take place at 4pm with cars hitting the track at 4:30pm. Racing is scheduled to start at 8pm.
Adult general admission tickets are $30. General admission for children age 12 and under is FREE! Reserved seating for adults is $34 with reserved tickets for children age 12 and under just $14. 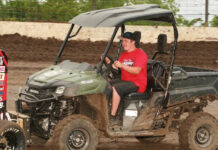 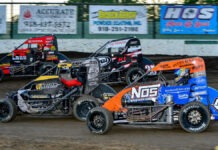