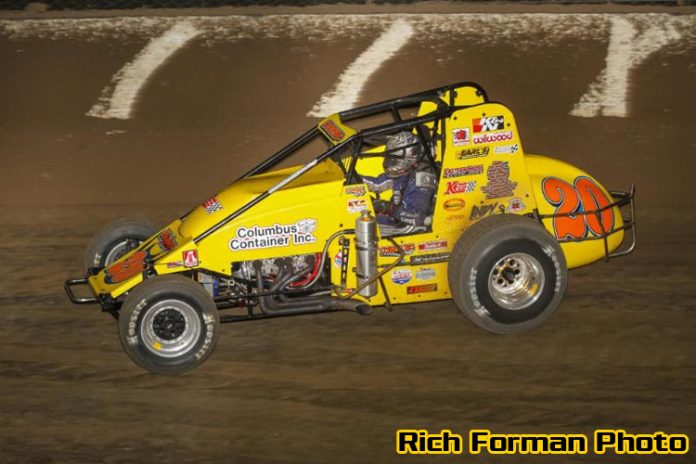 Saturday’s USAC Silver Crown Champ Car Series presented by TRAXXAS season finale at Eldora Speedway is unlike any other on the schedule.

First, the “4-Crown Nationals” champ car race is a mere 50 laps in distance on a half-mile track, making it more akin to a sprint than a traditional 100-lap grind. Secondly, Eldora’s dirt high banks are a challenge that drivers don’t come face-to-face with in these cars at the Terre Haute and Williams Grove half-miles or the one-mile fairgrounds ovals in Indy, Springfield and Du Quoin, all of which are relatively flat in comparison to the “Big E.”

Few have mastered the art of hustling a Silver Crown car around Eldora, yet once those few discover the recipe for success, they become difficult to beat as is the case with this Saturday’s three past event winners who are entered, all of which have captured victory here multiple times.

Dave Darland returns to the Phillips Motorsports’ No. 27 after a one-race sabbatical. The Lincoln, Indiana Triple Crown champ has the second-most USAC victories of any driver at Eldora, trailing only the great Jack Hewitt. Darland has won on four occasions in a Silver Crown car at Eldora (2004, 2005, 2008 and 2009).


Fellow Triple Crown champ Jerry Coons, Jr. has won at Eldora in all three USAC National divisions during his illustrious career. Saturday, he wheels one of Gene Nolen’s three entries on the high banks alongside teammates Hunter Schuerenberg and Dakota Jackson. Coons captured Silver Crown victories at Eldora in 2007 and 2014, his most recent series triumph.

Defending series champ and defending race winner Chris Windom was simply dominant in last year’s event, leading all 50 laps and holding the advantage by nearly a lap during the late stages of the race. Windom also scored a champ car victory at Eldora in 2013 when he doubled-up by taking the USAC Sprint Car win the same night. With Gene Kazmark’s No. 92, he could bookend the season following his lone win in April’s season opener at Terre Haute.

Kody Swanson has won at every dirt venue on the Silver Crown schedule except Eldora. Although, he is fully capable as evidenced by leading 28 laps in the 2014 race and finishing 2nd in 2015. Swanson has practically sewed up his third series championship in four years, but a win at Eldora would be the icing on the cake for the Kingsburg, California native and his Lima, Ohio-based DePalma Motorsports team.

Justin Grant was victorious in last season’s “4-Crown” USAC Sprint Car portion of the program, then backed it up with another win this May. Grant also recently picked up his first career Silver Crown win on the Springfield Mile a month ago for the Carli/Hemelgarn Racing team. The versatile Ione, California native is the only driver to win in all three of USAC’s national divisions in 2017.

Speaking of versatility, Brady Bacon intends to compete in all four legs of the “4-Crown” this Saturday night. The 2014 USAC Sprint Car “4-Crown” victor has won in both a sprint car and midget with USAC this season, but is still seeking his first career Silver Crown checkered flag. Perhaps that weekend has arrived after being tabbed as the driver of Fred Gormly’s No. 199, the same team that’s captured the pole and won the race in each of the past three “4-Crown” events.

Gates open Saturday at noon. An autograph session featuring USAC’s drivers will begin in the fan zone located between turns three and four at 3pm. The drivers meeting will take place at 4pm with cars hitting the track at 4:30pm. Racing is scheduled to start at 8pm.