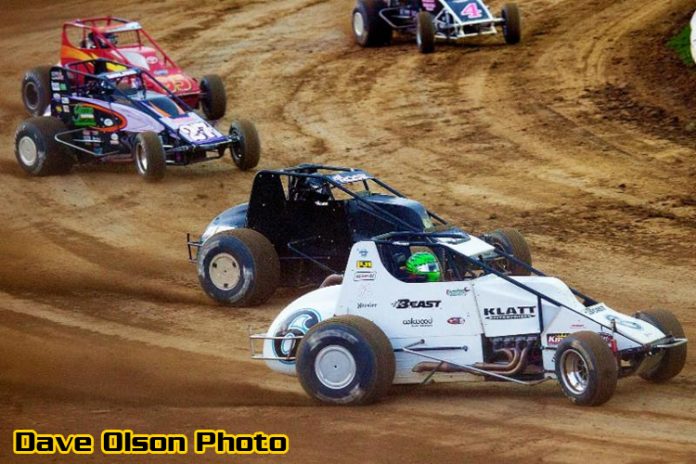 The 2014 and 2016 USAC National Sprint Car titlist, Bacon possesses 19 career USAC Sprint wins and six in the midgets, including five over the past two seasons, both of which had East turning the wrenches.

Bacon moves over to the Klatt team following the dissolvement of Paul Martens’ team, which Bacon had piloted over the past three seasons to 11 top-ten finishes in 14 starts. Coming into the season still seeking his first series win, a team with Bacon and East could prove to be a more than formidable pairing to break into victory lane.


“I am extremely excited to get the opportunity to drive for Terry Klatt and Bob East in the dirt Silver Crown races this year. The room for error is so small in the series and it will be a huge asset working with Bob who has as much experience and success as anybody.”

Meanwhile, the pavement side of the schedule will be contested by Danville, Indiana’s Kyle Hamilton. The Purdue University graduate and car salesman by trade will take the reins of the Klatt No. 6 on the six pavement races at ISM Raceway (Phoenix) on Apr. 7, Ohio’s Toledo Speedway on May 4, Lucas Oil Raceway (Brownsburg, Ind.) on May 25 & Sep. 8, Madison (Wisc.) International Speedway on Jun. 29 and Salem (Ind.) Speedway on Aug. 11.

Hamilton was the 2012 Silver Crown Rookie of the Year and, just last May, captured the victory in the coveted Payless “Little 500” at Anderson Speedway for Klatt and East.

“I’ve worked with several teams over the years, but there’s few out there who are straight to the point and you know are going to give you no-nonsense answers. Bob (East) is definitely one of them,” Hamilton said. “You show up, you do your job, they do their job and you leave. It’s very cut and dry and very simple. Bob tells you what he sees, and you tell him what you feel. He makes the change and you go out and try to win. It’s pretty easy for me and it makes me feel more relaxed and confident at the track.”

The highly-accomplished Hamilton has been out of the Silver Crown game since sitting on the front at Iowa Speedway in 2015, but he relishes the opportunity that has after being out of the game for nearly three years.

“I feel like I’ve proven myself in other forms of pavement racing, but Silver Crown is something I don’t really have much to show for,” Hamilton conceded. “It’s a really big opportunity getting to be in a car I know is going to be competitive right off the bat. I want to prove to everybody that I’m a good pavement driver and the stuff I’ve done in midgets and sprint cars wasn’t a fluke.”

Splitting roles between dirt and pavement provides East with one specific goal by putting each driver in the best position to succeed. That’s winning races, which East has done quite a bit of in his racing career.

“Kyle’s run for me the last three years in the Little 500 and has done a really good job,” East acknowledged. “I feel like he deserves a chance with the Silver Crown car. I’ve worked with Brady for two years now in the midget and have worked together with the sprint car, so it’s just a natural progression.”