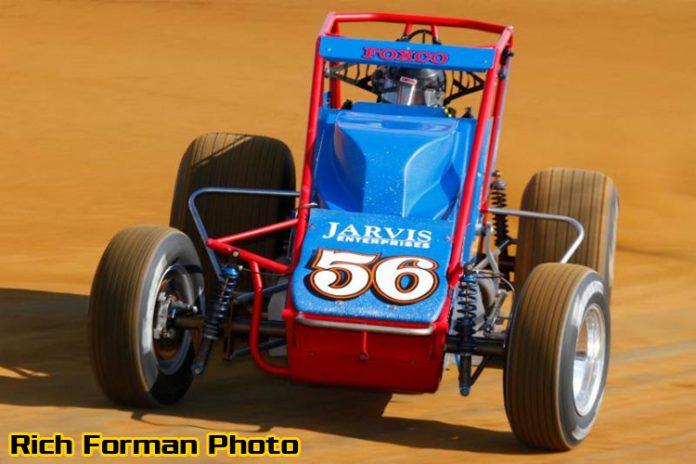 INDIANAPOLIS, IN – Kevin Thomas, Jr. and the Foxco, Inc. team have paired up for a run at the 63rd edition of the “Hoosier Hundred” Thursday, May 24, at the Indiana State Fairgrounds.

Thomas, of Cullman, Ala., nor the Galen Fox-owned team have made a start with the series since 2015. Thomas’ two career starts, both three years ago, resulted in top-ten finishes: a 10th place finish at the Terre Haute (Ind.) Action Track and an 8th at the Belleville (Kans.) High Banks.

Fox sure knows how to prep a USAC Silver Crown to get around the Indy Mile, and any track for that matter. The 2002 National Sprint Car Hall of Fame inductee’s five Hoosier Hundred wins and 19 overall Silver Crown wins are a testament to that. That prospect has Thomas eager to get going in his “Rookie” appearance at the famed one-mile dirt oval.

“This is an awesome opportunity,” Thomas explained. “One, getting to go to the Indy Mile, which will be my first time on a mile and, secondly, getting to do this with Galen and the Fox brothers, Brad and Steve. It’s one of those cars that you’ve seen all these great drivers in and do really well. This is one of those deals where I feel I can be comfortable right off the bat with those guys. Just being able to hop in the 56 is a pretty cool experience for myself, personally.”


Thomas has been a force on the USAC AMSOIL National Sprint Car trail throughout the years, collecting 20 career victories in the series, including a season-high six in 2017 and a pair already in 2018 which has vaulted him into the point lead. He also owns a pair of USAC P1 Insurance National Midget victories back in 2015.

Fox’s team was the Silver Crown champion in 1997 with Darland, who won the last race in the famed No. 56 back in 2009 at Eldora Speedway in Rossburg, Ohio. The team last appeared in the Silver Crown Champ Car Series in 2015 with Rickey Hood, who finished in top-ten in all three of his starts, including a 7th at the “Hoosier Hundred.” Furthermore, he captured a USAC National Sprint Car title with driver Sheldon Kinser in 1977 and, in 1980, claimed an owner title with Gohr Distributing.

With all those accolades, this is a team that Thomas would like to be a part of into the future, but the starting block resides at the Indy Mile where he aims to build a successful foundation that he and the team can build off of to compete in more races down the road.

“We really haven’t talked about anything else, so we’re just going to try this mile out and see how it goes and go from there,” Thomas explained. “There’s a little bit of pressure because, obviously, I want to run more, but they told me no pressure. We’ll get out there, make some laps, hopefully get comfortable pretty quickly and put it up front in the race.”

The May 24 “Hoosier Hundred” presented by TBA Oil & Warehouse begins with the pits opening at noon, grandstands opening at 3pm, practice at 5pm and racing at 7pm. The 100-mile main event is scheduled for an 8pm start.

Tickets can be obtained by calling Track Enterprises at 217-764-3200 or at the gate on raceday. A three-day special Superticket for the full Week of Indy including the “Tony Hulman Classic” at the Terre Haute Action Track featuring the USAC AMSOIL National Sprint Cars on Wednesday, May 23, the “Hoosier Hundred” at the Indiana State Fairgrounds on Thursday, May 24 and the “Carb Night Classic” at Lucas Oil Raceway on Friday, May 25 is also available at https://usacracing.ticketspice.com/2018-week-of-indy.