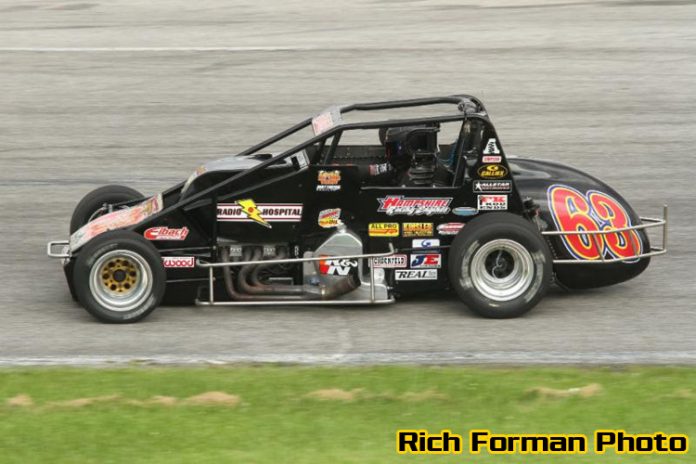 OREGON, WI – It’s been seven seasons since USAC Silver Crown Champ Car racing has graced the state of Wisconsin, but the wait is over as the series heads to a first-time venue in Oregon, Wisconsin’s Madison International Speedway this Friday night, June 29, for the Bytec “Dairyland 100.”

That race in 2011 won by Bobby East was held at the Milwaukee Mile, which has hosted all eight of the series’ previous appearances in the Badger State. In fact, Friday’s race marks the first “new” track the series will race on since the Belleville (Kans.) High Banks in 2013 and the first on pavement since 2010 at Michigan’s Berlin Raceway.

Little did we know that Berlin’s race nearly a decade ago would be a harbinger of what was going to come for the decade of the 2010s. Kody Swanson finished 2nd in the race behind his brother, Tanner, for his best career Silver Crown finish at the time. One race later, at the Du Quoin (Ill.) State Fairgrounds, Swanson earned the first of his now 22 career series wins, which segues into the history that lies before him this Friday night at Madison.

Those 22 wins rank 2nd all-time behind Jack Hewitt’s 23 in the all-time record books, which Kody could rewrite with another victory in two different ways. With another win at Madison, he would become just the third driver to win four-straight Silver Crown races, joining Tom Bigelow in 1975-76 and Jack Hewitt, who is the only other driver to do the quadruple in a single-season back in 1986.

Kody’s streak included a complete sweep of all three events in May at Ohio’s Toledo Speedway, the Indiana State Fairgrounds and Brownsburg, Indiana’s Lucas Oil Raceway. For the first two races of the season in April, the Kingsburg, California native was no slouch either, finishing in the runner-up spot each time.

Kody leads the points race by a country mile (99 points) over Justin Grant with six races remaining on the 2018 schedule. Ione, California’s Grant was victorious at Terre Haute (Ind.) Action Track in April. Shullsburg, Wisconsin’s own David Byrne holds down third in the standings coming in with 2016 series champ Chris Windom (Canton, Ill.) and Aaron Pierce (Muncie, Ind.) rounding out the top-five.

Kody’s stiffest competition may come in the form of Bobby Santos, the Franklin, Massachusetts native who won the season opener at ISM Raceway in Phoenix, Ariz., then proceeded to reel off a 2nd at Toledo and a 4th at LOR. Leading Rookie Travis Welpott (Pendleton, Ind.) slots in at the 7th spot coming in. Matt Goodnight (Winchester, Ind.), Austin Nemire (Sylvania, Ohio) and USAC Triple Crown champ Jerry Coons, Jr. (Tucson, Ariz.) occupy the remainder of the top-ten.

Greenfield, Indiana’s Eric Gordon checks in at the 11th spot in the series’ standings, returning to USAC Silver Crown series after a handful of years’ absence from the track. The nine-time “Little 500” champ has one Silver Crown victory to his credit, back at the Milwaukee Mile in 1990.

Madison is the 44th different track to host a Silver Crown event in its 48th season of competition. However, the half-mile paved oval has hosted a smattering of USAC races over the decades. The National Sprint Cars have competed twice with Larry Dickson taking the top honors in 1970 and Dave Steele capturing the checkered flag in the most recent USAC appearance in 1997.

The National Midgets have raced at Madison on five occasions with the legendary Mel Kenyon sweeping all three in 1969 and Gary Bettenhausen winning the following year in 1970. Jimmy McCune was the most recent victor, picking up the midget portion of the USAC doubleheader in 1997.