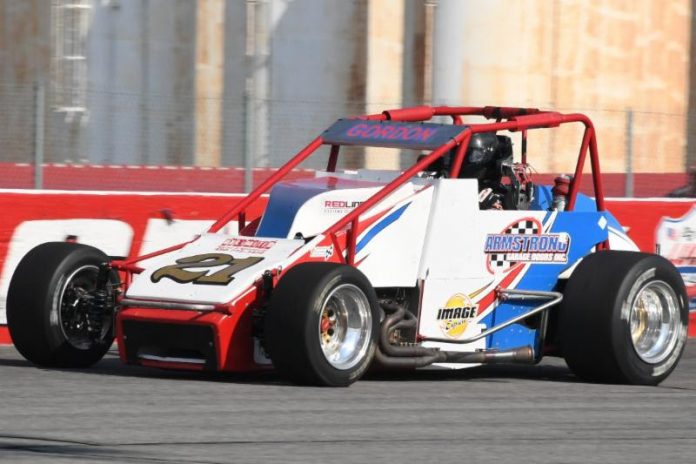 The list includes four former Silver Crown champs, headed by series point leader and three-time titlist Kody Swanson. Swanson has two milestones that he could equal Friday. Swanson stands at 22 career Silver Crown victories, and with another win at Madison, he would equal Jack Hewitt’s all-time record of 23. He also has the opportunity to become just the third driver to win four-straight Silver Crown races, joining Tom Bigelow in 1975-76 and Jack Hewitt, who is the only other driver to do the quadruple in a single-season back in 1986.

Five additional entries have accumulated victories in their Silver Crown careers, including Greenfield, Indiana’s Eric Gordon, whose only Silver Crown victory came in the state of Wisconsin, at the Milwaukee Mile, back in 1990. Shullsburg’s David Byrne is the lone Badger state representative in the field. Bobby Santos of Franklin, Mass. was victorious in the season opener at ISM Raceway in Phoenix, Ariz. while Ione, California’s Justin Grant won the dirt season opener at the Terre Haute (Ind.) Action Track in April. Aaron Pierce recorded the fastest lap in the history of Silver Crown racing back in 2006 and was strong in his last series outing at Brownsburg, Indiana’s Lucas Oil Raceway in May, recording a 3rd place result.

Among the Rookies are top first-year driver Travis Welpott of Pendleton, Ind., who stands 7th in the standings, plus USAC’s winningest female driver Toni Breidinger of Hillsborough, Calif and past USAC D1 Midget champ Jim Anderson of Joliet, Ill. New Castle, Indiana’s Kyle Robbins, Fairview Heights, Illinois, Austin Blair, Levittown, Pennsylvania’s Mike Haggenbottom and Angola, Indiana’s Derek Bischak are all set to take on the half-mile paved Madison oval for the first time in their initial season on the circuit.

Catch the race audio LIVE on the USAC app or watch a day later, on-demand at http://www.Loudpedal.TV/.