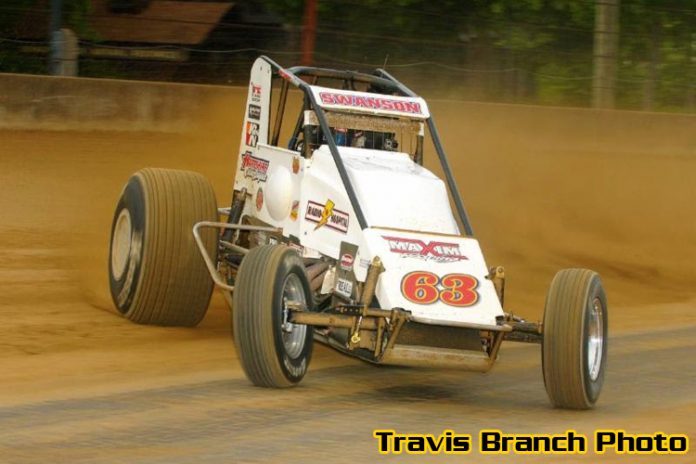 LIMA, OH – DePalma Motorsports, one of the most iconic and successful teams in the history of the USAC Silver Crown series, is riding into the sunset on top of their game, announcing that their 2018 championship season was the last for the Lima, Ohio-based team.

It concludes a magical five-year run with Kody Swanson of Kingsburg, Calif. DePalma Motorsports itself won the Silver Crown owner title each year they had Swanson as their full-time driver between 2014 and 2018. Swanson himself won Silver Crown driving titles in the DePalma No. 63 in 2014, 2015, 2017 and 2018.

The accomplishment of five consecutive series titles set by the team had never been seen before in the series, snapping the series record for streaking (four) set by Bob East/Tony Stewart Racing between 2002 and 2005 as well as Curb-Agajanian Motorsports, which grabbed four in a row from 2010 to 2013.

Along the way, Swanson and the DePalmas rewrote the record book, one of which Silver Crown participants will be chasing for years and years. Regardless of dirt or pavement, the combo was always up front.

This past year, Swanson and the DePalmas won five-straight races, breaking Jack Hewitt’s long-standing, 32-year-old record of four-straight Silver Crown wins set in 1986. The last of Swanson’s five wins, at Indiana’s Salem Speedway, was the ultimate. Kody drove to his 24th career victory in the Silver Crown Champ Car Series, overtaking the top spot on the all-time win list.

With all that said, the accolades and the broken records have put the DePalmas at the pinnacle of the sport, but it’s the people of racing that car owner Tony DePalma is going to miss the most.

“I’ve met a lot of good people in this sport and built a lot of great relationships,” DePalma said. “It’s been a pleasure to know a lot of people in this sport and it’s really one of the most rewarding things besides, obviously, winning races. It’s been really neat to get to know Kody’s family and friends over the last several years. It’s also fun to get to know our competitors. Yeah, they’re the people we competed against, but most of them I view as friends. That’s the most rewarding thing.”

DePalma returned to Silver Crown racing in 2002, inheriting his uncle Ralph’s stable of race cars after his passing. DePalma owned cars had notable runs with driver Mike Brecht in the “4-Crown Nationals” at Eldora Speedway, turning in a 3rd in 2004 and a 2nd in 2006.

Following his father Jim’s passing, the cars were mothballed so to speak before the family team returned in 2010, then hit the circuit full steam when they put Swanson full-time in the seat for the 2014 season and quickly found the magic touch that Tony’s father and uncle used to claim the 1984 Silver Crown owner title with driver Dave Blaney.

The familiar sight of the No. 63 up front has been commonplace, and it will certainly be a change to see for those in the stands and those on the track, but also to the DePalma team.

“No doubt about it, we’re going to miss it,” DePalma admitted. “‘We’re going to miss the camaraderie, the anticipation and the anxiety of competing. We were always pretty stoked and focused, and it was a standing joke of ‘hey, pass the bottle of antacid.’ We were really uptight about each and every race, but that’s part of the reason we did well is because we put so much into it.”

The team put all they had into it and then some as they raised their game to exemplary heights. However, DePalma felt now was the right time to make the exit for a myriad of reasons.

“I saw my kids starting to miss things with their kids; that was one piece of it,” DePalma began. “There are other things I want to pursue and have started to put into motion a little bit. I’m missing some of the things I shouldn’t be missing. Long story short, what took me over the edge was, what a better exit point than this? We were going to have to exit at some point in time anyway. Maybe it’s premature, but I’ve always believed, when I’ve looked at athletes in various sports, I’ve always scratched my head thinking ‘why didn’t you get out when you were on top?'”

As crazy as it seems now, Kody was still seen as primarily a “pavement specialist” at the time and was tabbed as the driver for the blacktop while he searched for rides on the dirt to prove himself as a capable shoe. He recorded a 2nd, 5th and another 2nd in the first three pavement outings for DePalma during that initial season together in 2013. For 2014, Kody was handed the keys to both the pavement and dirt rides and he hasn’t missed a beat since, reeling off 21 wins together with the DePalmas, more than any other driver/team combination in the history of the series.

“These last five years and the relationships that my family and I have had with the DePalma family and this team have been career and life changing,” Swanson said. “When we met, I may have been more at a breaking point than a crossroads in my career, and along with a few other key people, this family and race team gave me a chance to continue and an incredible opportunity to be part of something special. Over the years we were blessed to gel as a team, but developed further than that, and into a family of our own. Everyone that has been involved has gotten along together so well. We have developed relationships personally that treat each other like family, maybe even better in some cases, and has become a team that almost any and every other would pale in comparison to.”

“I am extremely grateful to have raced and become friends with each and every member of this team, and for the sacrifices that each of them, and their families, have made as part of this team,” Swanson continued. “It has been such a unique situation, and something not easily found in an entire team across any sport. Everyone involved gave it their all, without hesitation, and wanted to compete together for all the right reasons. We all wanted to do our best, and everyone put in all the effort they could to try to win races together. You simply can’t ask for anything more than that in a team, and what we’ve been able to accomplish together has been incredible and something I am so thankful for my family and I to have been a part of.”