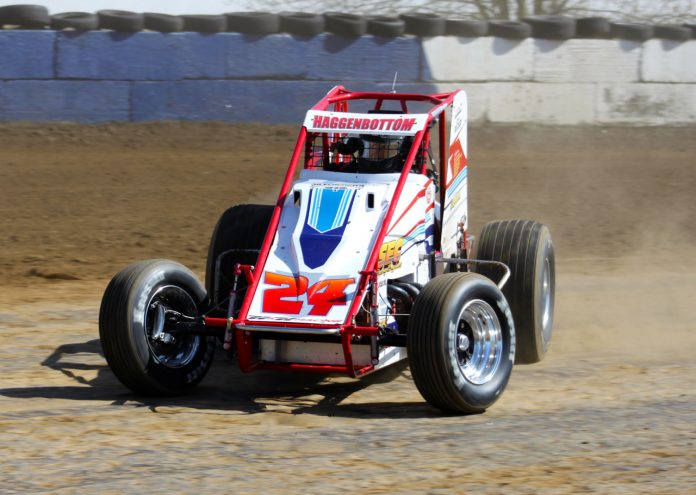 SPRINGFIELD, IL – The entry list for Sunday’s 58th running of the Bettenhausen 100 presented by Brandt has been revealed with 38 USAC Silver Crown Champ Car drivers and teams ready to take on the legendary Springfield mile at the Illinois State Fairgrounds.

Five past Bettenhausen 100 winners are entered for the Sunday afternoon race. Among them is Chris Windom (Canton, Ill.), who enters as the defending winner of the Bettenhausen 100 en route to a sweep of both Illinois dirt mile races on the schedule in 2018.

The two most recent drivers to go back-to-back at Springfield include A.J. Fike (Galesburg, Ill.) won consecutive runnings of the Bettenhausen 100 in both 2012-13 just as point leader Kody Swanson (Kingsburg, Calif.) did in 2014-15. Russ Gamester (Peru, Ind.) prepares for his 26th career start in the race, which ranks 3rd all-time and includes a triumph in 1998. Justin Grant (Ione, Calif.) captured the first of his two career USAC Silver Crown Champ Car Series victories in 2017 at Springfield.

A handful of drivers have gotten the job done on the Land of Lincoln’s other dirt mile, the Du Quoin State Fairgrounds, but are seeking their first Springfield victories. Two-time Du Quoin Silver Crown winner Shane Cockrum (Benton, Ill.), plus another pair of past Du Quoin Mile winners in Shane Cottle (Kansas, Ill.) and Chris Urish (Elkhart, Ill.) are up to the task. Jeff Swindell (Germantown, Tenn.) is a three-time Silver Crown winner on dirt miles, twice at the Indiana State Fairgrounds and once at Du Quoin, but Springfield has eluded him thus far despite three 3rd place finishes in 1992-1993-2017.

Springfieldian Korey Weyant wowed fans with a high-wire ride on the cushion in the qualifying race at Springfield a year ago and joined by fellow Illinoisans Patrick Lawson (Edwardsville, Ill.), a 29th place finisher in 2018, and Terry Babb (Decatur, Ill.), who took 31st in 2018, are ready to make an impression for the home crowd.

On the two occasions the Silver Crown cars graced a one-mile dirt oval this year, Tyler Courtney (Indianapolis, Ind.) was the victor in May’s Hoosier Hundred at the Indiana State Fairgrounds. He led a race-high 49 laps last year at Springfield. Jacob Wilson (Crawfordsville, Ind.) won the most recent dirt event in a stellar performance for his first career series win at Du Quoin. He came home a strong 4th at Springfield a year ago.

Brady Bacon (Broken Arrow, Okla.) has also won on the dirt this year, taking a wild last-lap victory at Pennsylvania’s Williams Grove Speedway in June for his first career win in a Crown car. His Klatt Enterprises team holds a slim 15-point lead over Nolen Racing in the owner standings for the season.

Mike Haggenbottom (Levittown, Pa.) is 8th in the standings and enters his second Bettenhausen 100 run after starting 20th and finishing 12th a year ago. Matt Goodnight (Winchester, Ind.) stands 12th in points and is coming off his best run of the year in the most recent dirt race, a 10th at Du Quoin.

Ohio’s Matt Westfall will make his Silver Crown season debut Sunday at Springfield, which will mark the 2005 Eldora USAC Sprint winner’s first start at Springfield since 2009 and his first Silver Crown appearance anywhere since 2013.

Sunday’s Bettenhausen 100 in Springfield gets underway with pits opening and registration starting at 7am (Central), the ticket office and grandstands opening at 9am, the drivers meeting at 9:30am, Silver Crown practice from 10am to 11:10am, DIRTcar Modified hot laps at 11:15am, Fatheadz Silver Crown Qualifying at 11:35am, Silver Crown Qualifying Race at 12:30pm, Modified feature at 1pm, pre-race ceremonies at 1:30pm and the Bettenhausen 100-mile race at 2pm.

This Sunday’s Springfield race can be watched LIVE and on-demand on FloRacing, listened to via live audio on the USAC app as well as live timing and scoring on both the USAC app and the Race-Monitor app.