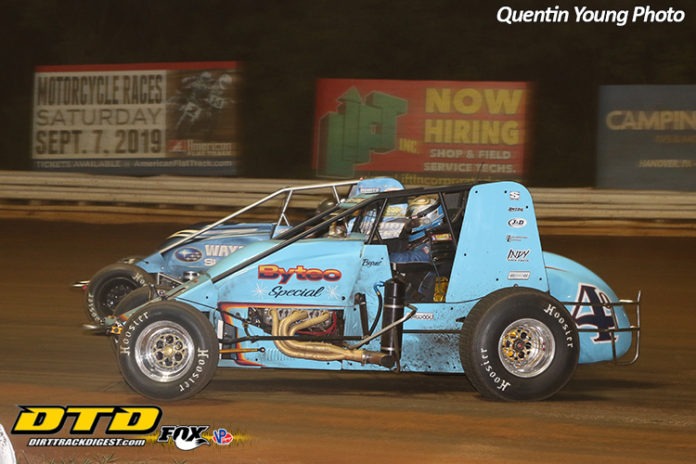 SELINSGROVE, PA – Selinsgrove Speedway will host a truly historic event coming up this Sunday night, August 9 at 7 pm when it hosts the USAC Silver Crown Series in the running of the Bill Holland Classic, 74th Selinsgrove Speedway Anniversary Race, paying $8,000 to win with a total purse of $33,000 on the line.

The USAC Silver Crown appearance at the track will be the first ever in the history of both USAC and Selinsgrove Speedway, taking place as another Slivinski Law Offices Super 7 Series event at the track in 2020.

The special race at Selinsgrove Speedway will serve as the kick off the 50th anniversary season for the USAC Silver Crown Series Champ Dirt Cars, albeit abbreviated, running through October.

The United States Auto Club has only ever sanctioned one other event in the history of USAC and the track, which was a regular USAC sprint event scored by local driver Mitch Smith back in 1971.

The August 9 USAC Silver Crown Holland Classic will go 74 laps in distance in honor of Philadelphia’s Holland who won the very first race ever conducted at the track back in 1946.

Also on the racing card will be the USAC East wingless 360 sprints, making the event a totally wingless night of sprint car racing at the historic oval.

The USAC East 360s will compete in a 20-lap feature event.

Expected to vie for laurels in the Holland Classic Anniversary Race is five-time and defending Silver Crown champion Kody Swanson of Zionsville, Indiana.

Swanson became the winningest driver in USAC Silver Crown history in 2019 when he surpassed the legendary Jack Hewitt on the all-time Silver Crown win list, pushing past Hewitt’s 23 wins to now top the list at 29.

Both Brady Bacon and Kevin Thomas Jr. have indicated their plans to run in both USAC divisions at the Selinsgrove event.

Drevicki has won twice on the circuit this season while Ryan Watt of Boyertown has also taken one win.

Adult general admission for the big show is $25 with students ages 12 – 17 priced at $15. Kids ages 11 and under are always FREE at Selinsgrove Speedway.

Reserved seats for ALL AGES are an additional $2 and can be purchased by emailing promoter@selinsgrovespeedway.com with contact information.