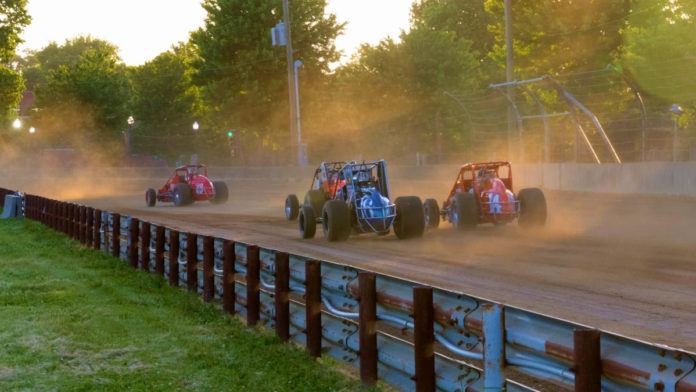 INDIANAPOLIS, IN – A loaded field of entries for this Sunday’s 65th running of the Hoosier Hundred includes the hottest dirt track racer in America at the moment, seven USAC National champions, 13 Silver Crown winners, a six-time All Star Sprint Car champion and so much more for the August 23 USAC Silver Crown date on the one-mile dirt oval.


The Hoosier Hundred has been held annually since 1953, with only a handful of interruptions due to inclement weather. Today, it remains one of the oldest, most tradition-rich racing events on the planet. Many of its winners have gone to achieve legendary status in auto racing with a list that includes A.J. Foyt and Mario Andretti who are among the seven drivers to have won both the Hoosier Hundred and the Indianapolis 500 in their careers along with Bob Sweikert, Jimmy Bryan, Rodger Ward, Parnelli Jones and Al Unser.

Furthermore, you can watch the Indianapolis 500 live from the Hoosier Hundred grandstands this Sunday. The green flag is scheduled to drop for the Indy 500 at 2:30pm ET. You can watch the event on the 10′ x 17′ Jumbo Screen, raised up to 15′ in the air for quality viewing from the grandstands.

Pits for the USAC Silver Crown race on Sunday will open at Noon ET on raceday, August 23, while grandstands open at 2pm, with on-track action beginning with practice at 4pm, qualifying at 5:15, vintage cars at 6:15, the qualifying race at 7pm and the 100-lap Hoosier Hundred at 8pm. Silver Crown cars are the only class featured in the event.

For more ticket information on tickets, contact Track Enterprises office at (217) 764-3200.
You can watch the Hoosier Hundred LIVE on FloRacing at https://bit.ly/2Zs7zFP.