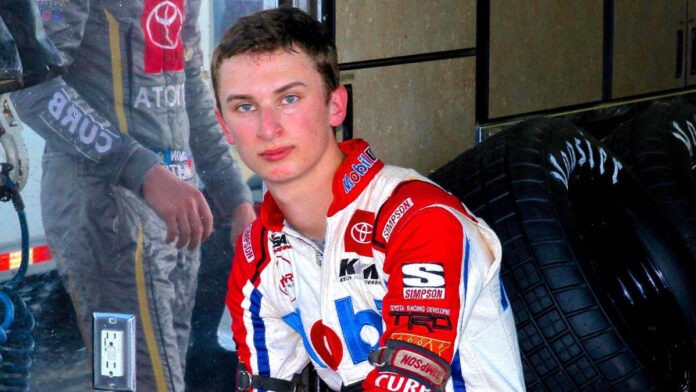 SPEEDWAY, IN – Buddy Kofoid will compete in the seven dirt rounds of the USAC Silver Crown National Championship in 2021 as the new driver of the Chris Dyson Racing Maxim/Kistler No. 9.

Penngrove, California’s Kofoid, the 2020 USAC NOS Energy Drink National Midget Rookie of the Year, has not yet sat in the seat of Silver Crown car in competition as of yet, but has excelled in a wide variety of race cars, ranging from the Midget where he won three times with USAC this past season as well as winged sprint cars with a 2019 Fremont Speedway championship, All Star wins and a pair of victories in the Wild Wing Shootout at Arizona Speedway less than a week ago under his belt.

Silver Crown cars are a new venture for the 19-year-old sensation, and Kofoid is eager to tackle a new challenge with Dyson and crew chief Sean Michael.

Kevin Thomas Jr. competed in Dyson’s No. 9 on the dirt in 2020, which was wrenched on by Michael, who also did the same on his own entry, the No. 19 that Kyle Larson went two-for-two in at the dirt miles of the Indiana and the Illinois State Fairgrounds.

Although Kofoid and Michael first met face-to-face just two weeks ago during the Chili Bowl Midget Nationals in Tulsa, Okla., Michael can still vividly remember the first time he heard the name Buddy Kofoid, which has stuck with him in the years since as he’s rapidly ascended the racing ranks.

“A couple years ago, Mike Heffner talked about this kid named Buddy Kofoid from California,” Michael recalled. “He was watching him, so I started watching him because of that. Then, he got the midget deal and started winning right away. When he came in to run the All Star races, he won again and was pretty impressive. On the way to Springfield last October, Kyle Larson rode with us and we were talking about different guys, and he was pretty high on Buddy. Since he brought him up, I watched him even more closely, so Chris (Dyson) and I thought we needed to give the kid a chance.”

Kofoid has excelled in new racing adventures of late. In USAC alone, his first three AMSOIL National Sprint Car appearances were mightily impressive in Sprint Car Smackdown at Kokomo (Ind.) Speedway last August. A 4th place finish in Thursday’s preliminary was followed by another 4th on the second prelim night on Friday, then he proceeded to conclude the weekend with a 5th in the Saturday night finale.

Three consecutive top-five finishes to start off a USAC Sprint Car career is a rarity. So rare that just three times has a former USAC National Sprint Car champion even started his career in the series with three top-five feature finishes: Roger McCluskey, Gary Bettenhausen and Jay Drake.

However, nothing quite compares to Silver Crown racing with its diverse array of strategy and venues, which Kofoid acknowledged he’s looking forward to trying to conquer.

“Almost all of it is going to be completely different as far as racing on the miles, tire wear and having a radio, so it’ll be a little bit different,” Kofoid explained. “The way you race on the miles is different. You’re running a lot straighter, at least towards the end, it looks like, and you’re trying to save your stuff while, at the same time, keeping yourself in contention for when it counts. I’m also looking forward to some of the smaller tracks too where you’ve got to hustle it a little bit.”

Kofoid and crew chief Michael will get an early jump on their working relationship with their plans to compete in the 2021 USAC AMSOIL National Sprint Car season openers at Bubba Raceway Park in Ocala, Fla. on Feb. 11-12-13 in the Chris Dyson Racing No. 20, sponsored by Thetford, Lelands.com and JVI Group. A dedicated practice night will precede the festivities on Feb. 10.

The first appearance of Kofoid in the USAC Silver Crown National Championship arrives on May 27 in the 66th running of the Hoosier Hundred at the Indiana State Fairgrounds, an event won in 2020 by the Sean Michael wrenched No. 19 and driven by Kyle Larson.