DU QUOIN, IL – Kingsburg, California’s Kody Swanson was his usual humble self as he accepted the winner’s check and trophy for winning the Bettenhausen 100 at the Illinois State Fairgrounds in August.

It would have been completely out of character had Swanson exited the car and boasted about his accomplishments in the USAC Silver Crown Series. Even if he had been boastful, there is no one that could have disputed those claims.

Swanson’s 2021 season has been nothing short of amazing and he stands on the precipice of an unprecedented sixth USAC national championship entering this Saturday night’s Ted Horn 100 at the Du Quoin State Fairgrounds on September 4 in Southern Illinois.

Kody Swanson fully intended to cut back on his time in the mighty uprights after the 2020 season. Swanson was the all-time leader in Silver Crown race wins, he had five Silver Crown titles and was one of 15 drivers who could say they won a 100-miler on all three of the fairgrounds dirt miles. He had little left to prove in the big cars.

Other opportunities began popping up for the likeable Californian including stock cars and sports cars. As a result, Swanson announced he would not be running the Silver Crown cars on the dirt, running only the pavement races for Doran Racing.

External forces combined to eliminate the Hoosier Hundred and the Sumar at Terre Haute from the schedule. The season opener came on May 29 at Lucas Oil Raceway with Swanson leading 37 laps and winning the 100-lap event.

Swanson passed on the dirt event at Williams Grove but a call from Kent Wolters put him in the Mark Swanson Encore Team No. 21 at Eldora where he finished third.

A new track record with Doran and a second at Winchester put him back in the point lead by four over Justin Grant. Swanson followed that with yet another win at Lucas Oil Raceway and the win at Springfield put him 51 points ahead of Logan Seavey and 100 ahead of Justin Grant with three races (including the Horn 100) left.

Kody Swanson is known for his calm demeanor behind the wheel, and it was never more evident at Springfield. In fact, many railbirds compare him to Al Unser or Rick Mears for his ability to manage his race car and come on strong in the final laps.

At Springfield, Swanson set fast time but was relegated to 23rd starting position due to changing his right rear tire. He calmly marched through the field and took the lead just past halfway with rain on the horizon. Rain during the lap 76 red flag period stopped the restart and Swanson had his third Bettenhausen 100 in hand, and a solid point lead.

Kody Swanson is slated to run Saturday’s Ted Horn 100 at Du Quoin with the same Chris Dyson Racing team that won at Springfield and Eldora, and crew chief Sean Michael who won twice last year with Kyle Larson at the wheel. 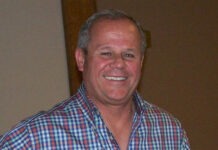