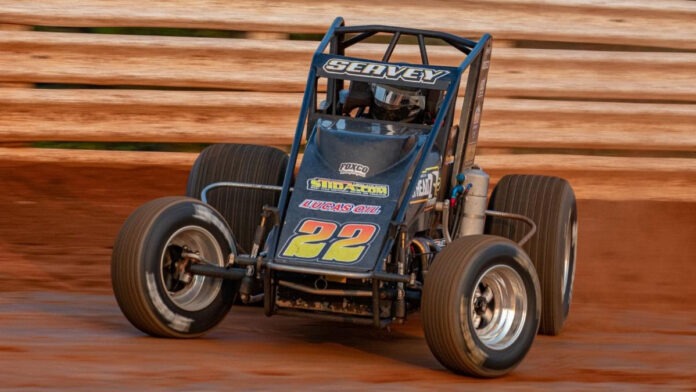 SPEEDWAY, IN – There have been scant few Rookies who were right in the thick of the USAC Silver Crown championship hunt going into the final event of the season.

Logan Seavey became one of those select few individuals during his 2021 campaign, getting as close as one point going into the season finale before, ultimately, finishing as the series runner-up behind now six-time series champion, Kody Swanson.

Seavey became just the second driver to earn Rookie of the Year honors in all three USAC National divisions in his career, joining Ryan Newman.

The performance of Seavey also netted his Rice Motorsports team the series’ entrant title in its first ever full-time try, giving both Rookie team and Rookie driver a satisfying conclusion to their debut season.

“I know it’s a dream come true for (team owner) Robbie Rice as it is for me to be racing in this series, especially under the Rice Motorsports name,” Seavey said. “It means a lot to him, and I’m happy I can be the guy doing it for him.”

Seavey’s Silver Crown journey with Rice Motorsports began in the 2020 season where he very nearly captured the Rookie of the Year title that season, coming up just five points shy of Bryan Gossel despite only making three starts. Seavey maintained his Rookie eligibility entering 2021 due to his total number of starts remaining under the five-start cutoff.

With that said, Seavey’s initial intentions of capturing Rookie of the Year turned into season-long championship aspirations with the purchase of a pavement car from California’s Ted Finkenbinder just mere weeks before the first race.

Quickly putting together the effort and instantly becoming a race-winning and championship-contending team in such a short amount of time is nothing short of extraordinary for the Fatheadz Eyewear – STIDA.com – Lucas Oil sponsored team which utilized a Beast chassis and a Foxco Chevy on pavement and a DRC/Pink Foxco Chevy on dirt.

“I have such an awesome team,” Seavey reiterated. “Robbie has given me the opportunity of a lifetime to go Silver Crown racing. It’s a huge dream of mine just to be able to drive one of these racecars. To be in contention for a championship in our first try is pretty unbelievable. I don’t think anybody really saw it coming, even ourselves. We didn’t even know we were going to be pavement racing this year until a couple weeks before the first race.”

Seavey’s second-place finish in the final standings ranks among the best all-time. In 1984, Dave Blaney became the first, and still only, Rookie to capture the Silver Crown championship. Eric Gordon (1990), Josh Wise (2005) and Chris Windom (2013) all finished as series runners-up during their initial years.

However, none of those listed above were able to win multiple races as Seavey did in 2021 on the half-mile dirt ovals of Selinsgrove (Pa.) Speedway and Eldora Speedway in Rossburg, Ohio. Only three Rookie drivers prior to Seavey had ever won twice: Jim Keeker (1992), Kenny Irwin Jr. (1994) and Kyle Larson (2011).

Likewise, Seavey also ended the longest drought of Rookie winners with the series, becoming the first to put his ride into victory lane in eight seasons, since Windom did so in 2013.

As expected, the dirt saw the bulk of the success for Seavey, Rice and the crew, featuring Ronnie Gardner. However, the early part of the season saw mixed results at the outset, leading 22 laps at Pennsylvania’s Williams Grove Speedway before a steering issue knocked the team out just before halfway. An 8th place finish at Eldora in June followed, then the team truly hit its stride.

A win at Selinsgrove was followed up by consecutive second-place results on the Illinois dirt miles of Springfield and Du Quoin, then a second victory came in the series’ return to Eldora during a dominating 4-Crown Nationals performance in September.

The pavement side of things saw steady finish after steady finish, led off by a 7th in May’s season opener at Lucas Oil Raceway in Brownsburg, Ind., followed by an 11th in the series debut at Winchester (Ind.) Speedway, an 8th at LOR and a 10th at Ohio’s Toledo Speedway.

Most importantly, the team’s goal of finishing all the pavement races came to fruition as they were running at the checkered flag in all four asphalt races, completing 395 of the 400 laps along the way.

With the foundation built and a year of groundwork laid down this season, a driving championship could be within reach heading into 2022 where they’ll be earmarked as one of the odds-on favorites.

“Our dirt car was unbelievable,” Seavey exclaimed. “The pavement car – we’re still working on it. We just don’t really have any experience in this kind of stuff, but we’re getting better after every race. With the four races we did this year, we learned what we needed to do better and some things we can do to our racecar to make it better for these long races. We just struggle on the long runs, and that’s what you’ve got to do to beat a guy like Kody.”

Seavey was one of six drivers to start all 10 feature events on dirt and pavement. His eight top-10 finishes were tied with Swanson for the most in the series. His 169 laps ranked second only to Swanson with 304. Four top-five finishes by Seavey were dotted with the two best finishes by a Silver Crown Rookie this season. 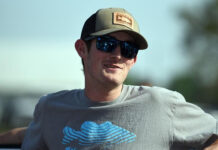