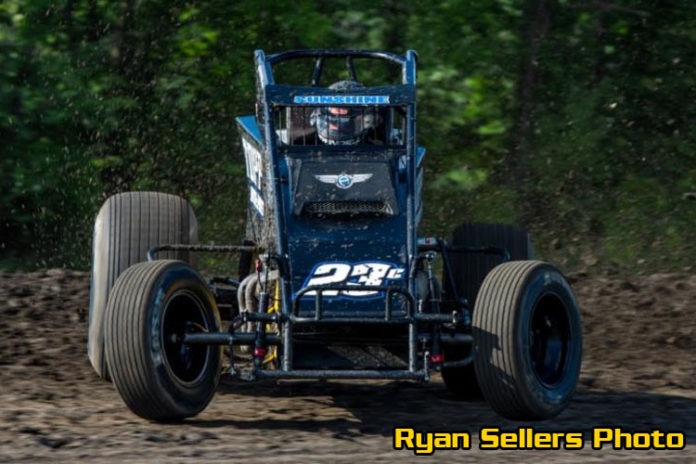 The offseason provides a welcome rest. A time for rejuvenation and a chance to catch a breath after a long, arduous season journey.

Yet, the dawn of a new season marks a beginning full of hopes, dreams and glory that lie ahead on this dirt road from coast-to-coast. A chance to start anew and reemerge from the doldrums of winter and focus the mind, body and soul on getting back behind the wheel of a racecar.

As has been the case since 2010, the USAC AMSOIL National Sprint Cars make the annual trek down to the Sunshine State for three consecutive nights to kick off the season. This year’s edition begins on the three-eighths-mile Bubba Raceway Park on Feb. 23rd, 24th and 25th, 2017 in Ocala, Florida where gray skies and the cool air give way to blue skies, sunshine and big horsepower. A sure sign that the USAC racing season has arrived.

Fort Branch, Indiana’s Chase Stockon finished a career-best second in series points in 2016 on the strength of a pair of victories in Haubstadt and Terre Haute. The 28-year-old continues to inch toward the top of the rankings year-by-year and enters 2017 as one of the favorites to take the title in his 32 TBI Racing number 32.


The USAC National Sprint Car division’s all-time leader in victories returns to the seat of a familiar ride in 2017. Lincoln, Indiana’s Dave Darland is “Back in Black” so to speak as he takes control of the Phillips/Curb-Agajanian Motorsports number 71p, a ride he raced to 17 USAC victories between 2013 and 2015, including a Winter Dirt Games triumph in 2015.

Chad Boespflug blossomed into a perennial front runner in 2016 with six series victories to his credit, but in 2017, a slew of changes landed the “Hanford Hornet” in the most vaunted ride of them all, the Hoffman Auto Racing number 69. A shake-up on the Hoffman team moves ace wrench Davey Jones into the role of crew chief for the team that owns 11 USAC National Sprint owner titles and exactly 100 wins in the series dating back to 1957.

One season ago, C.J. Leary broke through for his long-anticipated first career series victory. Now that the door has been knocked down, the Greenfield, Indiana native who is still just a mere 20-years-old, look for big things out of the number 30 as the family team now has three-time series owner champ Jeff Walker turning the wrenches.

A new number adorns the Sam McGhee Motorsports ride for 2017, but the plan for 17-year-old team owner/crew chief and driver Justin Grant is to approach the season with the same attitude and vigor the pair used on their late-season wave of success in the final months of 2016 in which Grant pocketed 4 top-fives in six starts for the team including a thrilling first victory for the team in last September’s 4-Crown Nationals at Eldora.

Perhaps no one was more efficient in as few starts last year as was Indianapolis driver Tyler Courtney, who finished with 16 top-tens in 17 starts including an incredible run from 24th to 1st in Gas City’s Indiana Sprint Week round that turned many heads. The schedule expands for “Sunshine” this season as he heads to Florida to kick off his first full run at a USAC National Sprint Car championship.

Thomas Meseraull is a gasser and the San Jose, California native always knows how to put on a show. In 2016, T-Mez grabbed 5th in the standings on the strength of a pair of victories to his credit, including a last corner, last lap score in Ocala just one year ago. Meseraull opens his 2017 season aboard the potent number 21 owned by Rick Pollock.

Who will seize the moment? Who will step to the forefront and find their breakthrough moment of glory and become USAC’s newest national champion in 2017? Time will answer those questions. But the first step on the quest to reach the pinnacle begins right here, right now on Feb. 23rd, 24th and 25th at Bubba Raceway Park in Ocala, Florida!

On-track action at the “Winter Dirt Games” begins Wednesday night, February 22 with open practice from 7-10pm. The pit gate opens at 5pm. Pit passes are $15 each.

If you can’t make it to the track in-person, make sure to catch all three nights of action LIVE on http://www.SpeedShiftTV.com/!