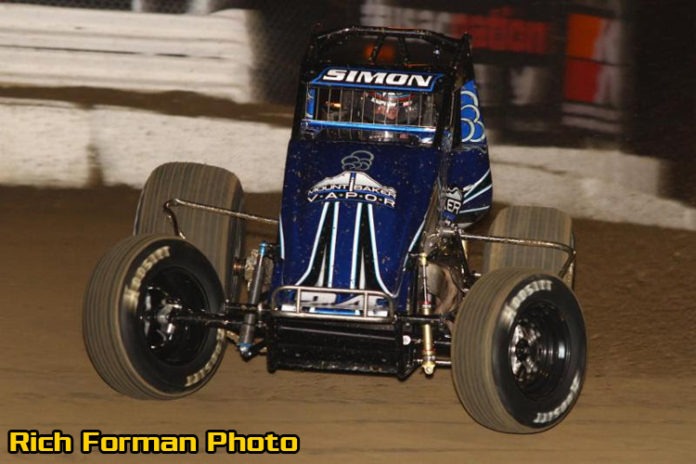 OCALA, FL – This week, on Feb. 23-24-25, 2017, the quest for a USAC AMSOIL National Sprint Car championship begins at an event and location that have become synonymous with the beginning of a new USAC season: “Winter Dirt Games” at Bubba Raceway Park in Ocala, Florida.

“Winter Dirt Games,” now in its eight edition, began in 2010 at the only other location to host an event in the “WDG” series, East Bay Raceway Park, in Gibsonton, Florida. California’s Damion Gardner picked up the feature victory not only on that particular night, but also in five of the first six in the series. After 20 races in the series, Gardner remains the winningest driver with five total.

In this week’s event, three past “Winter Dirt Games” winners are expected to compete. Broken Arrow, Oklahoma’s Brady Bacon, a two-time USAC National Sprint Car champion and two-time race winner at “WDG” in 2014 and 2015, will pilot a machine fielded by Dooling/Hayward Racing, the same team who claimed the 2016 opener in Ocala with driver Bryan Clauson.

Additional contenders seeking their first “Winter Dirt Games” victory include Chase Stockon out of Fort Branch, Indiana, a career-best second-place finisher in 2016 series points. Defending USAC Silver Crown champ Chris Windom, of Canton, Illinois, carries a streak of 19 consecutive top-6 finishes in USAC National points races into Ocala. C.J. Leary, Greenfield, Indiana, broke through a season ago for his first career USAC victory in both the Silver Crown and National Sprint divisions. The 20-year-old occupies the seat of the family-owned No. 30 with the addition of three-time series champion owner Jeff Walker on the wrenches. Tyler Courtney, an Indianapolis, Indiana native, flourished in a partial schedule in 2016 and now has eyes on a series title with the full-slate of USAC Sprint races on his calendar with TOPP Motorsports.


After a career-year in 2016, Hanford, California’s Chad Boespflug joins the Hoffman Auto Racing team and the famed number 69 for a title run. Ione, California’s Justin Grant stays the course with Sam McGhee Motorsports after a strong finish to close out last season, including a triumph at Eldora Speedway’s “4-Crown Nationals” in September. Camby, Indiana’s Max McGhee set fast time on the first two nights at Ocala in 2016. He takes over the 4J Motorsports car that Kevin Thomas, Jr. drove to four USAC victories a year ago.

It is of utmost importance to get off to a solid start in the “Sunshine State” and avoid getting behind the proverbial eight-ball heading into the start of the bulk of the season in April. In fact, in 2013, 2014 and 2015, the winner of the season-opening feature in Ocala made the most of the momentum and parlayed their victory into a USAC National Sprint Car championship. Clauson was the first to do so in 2013 while Bacon (2014) and Robert Ballou (2015) followed that up with their own signature performances in the ensuing years.

The state of Florida has played a major role in the history of USAC racing since its inception. It was 61 years ago that the very first USAC Sprint Car races were held during a mini, three-race tour of Florida spanning three-straight weekends in February of 1956. Bob Sweikert was the first USAC Sprint Car winner at Southland Speedway in West Palm Beach. Chuck Weyant followed with a victory of his own one week later at Jacksonville Speedway. Pat O’Connor, who would go on to win that season’s USAC Midwest Sprint Car title, finished off the Florida trip by picking up the win at Medley Speedway in Miami.

On-track action at the “Winter Dirt Games” begins Wednesday night, February 22 with open practice from 7-10pm. The pit gate opens at 5pm. Pit passes are $15 each.

If you can’t make it to the track in-person, make sure to catch all three nights of action LIVE on http://www.SpeedShiftTV.com/!