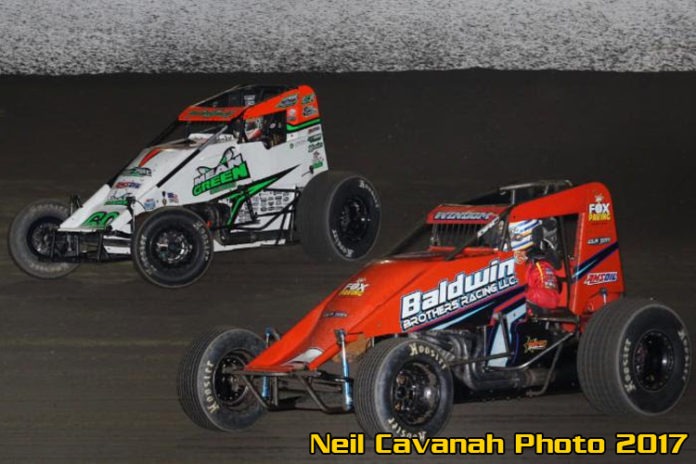 Windom was up to the challenge, mastering the course when he bolted away from Boespflug and was on his way to a surefire victory. After taking the white flag and hitting his marks in turns one and two for what he anticipated would be the last time, Landon Simon and Brandon Morin tangled in turn three. That, in turn, set up yet another stress test for Windom to endure – a one-lap free-for all between he and Boespflug for sprint car racing glory.