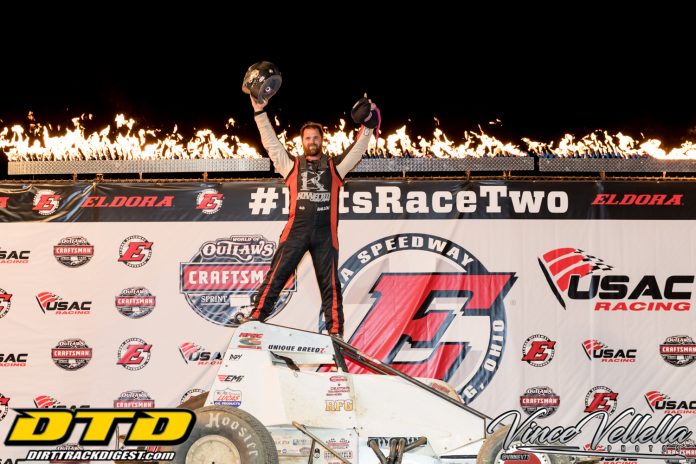 Windom and Ballou ripped the high side as they put their right rear tires right up against the concrete to separate themselves as the cream of the crop of the 22-car field. The two were identically as fast as the other, turning similar times around the half-mile with the interval never wavering a tenth of a second in either direction from their five-car-length separation between one another throughout the first half.