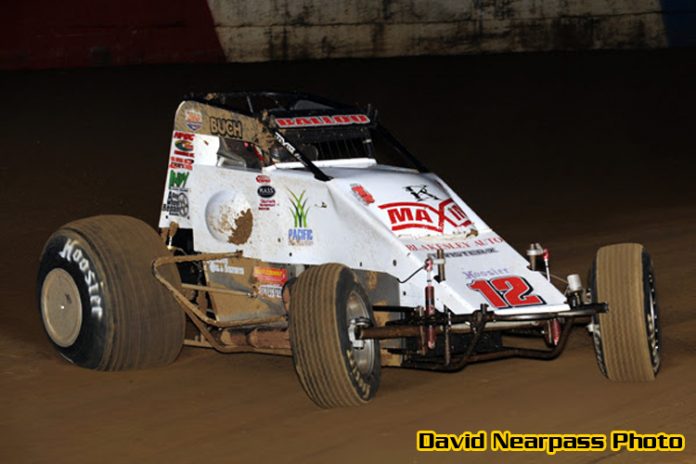 As the sun sets on the month of July, through the smoke, the rain and the shine, the figurative flagman has displayed the crossed flags on another spectacular racing season.

Or perhaps, like Punxsutawney Phil, the flagman has seen his own shadow, indicating the season still has several weeks and months remaining until the winter doldrums set in.

In either case, the view has become clearer and the USAC AMSOIL Sprint Car National Championship picture has been framed with a group of contenders who have separated themselves from the rest of the field.

This coming weekend, those contenders rise to the forefront in a pair of races that can spring a team into harmony or find a team tumble into a sea of disarray.


After a flourishing July for some and a rough-and-tumble July for others, drivers and teams must pull out their compasses to either maintain their course or rediscover the correct path in order to get themselves back on track. Up, down, east or west, destiny lies ahead this weekend when USAC’s stars are put to the test.

Saturday night, July 29th, the USAC Sprints return for its now annual visit to Lakeside Speedway in Kansas City, Kansas. The surfaces may have changed over the years from pavement to dirt, but the 4/10-mile oval has routinely provided its share of memorable moments.

Rocklin, California’s Robert Ballou lived up to his “Madman” moniker over the last couple of years, taking his first USAC National Sprint Car victory at the track in 2015 when he carved up the field like a Thanksgiving Day turkey above the cush on his way to one of his 13 wins that season and his first series title.

One year later, Ballou once again dominated to score the win on night one of the doubleheader. One night later, Thomas Meseraull’s car caught fire during a red flag period. T-Mez stayed in his machine and stayed on the throttle to extinguish eventual series champ Brady Bacon’s lead coming to the white flag and closing out his second and final win of 2016.

It’s been quite a long-time since the USAC National Sprint Cars have made the trek to Moberly, Missouri’s Randolph County Raceway, site of this Sunday night’s series return. 28 years to be exact! In the lone visit back in 1989, Rich Vogler and the Hoffman Auto Racing team pulled off a rarity with each winning their only career wing sprint car feature under the USAC banner. It was the Hoffman team’s first of four victories in the “Show-Me State” at four different tracks, a list that also includes I-70 Speedway, I-44 Speedway and Lake Ozark Speedway.

Current Hoffman shoe, Chad Boespflug, aims to be the one to get the fifth for the Hoffmans this Sunday. The Hanford, California native has one win this season and recently regained his racing mojo in the latter half of Indiana Sprint Week after a tumultuous June.

Only two drivers stand in front of Boespflug in the latest standings – Justin Grant and Chris Windom. Ione, California’s Grant leads St. Louis resident Windom by 23 points heading into this weekend’s pair of races. Grant’s season-long stranglehold on the point lead relented for a single race during “Indiana Sprint Week” following Bloomington, but Grant made a surge back to the front a night later at Tri-State where he maintains his advantage.

Saturday night at Lakeside, the pit gate opens at 4:30pm while spectator gates open at 5pm. Cars hit the track at 6:45pm. (Times Subject to Change). Adult general admission tickets are $20. Seniors (65+), Military, Seniors and Students with proper ID can get in for just $15 while Children (ages 12 & under) are FREE! Suite passes are $25 and pit passes are $30.

Sunday night at Randolph County, front gates open at 4pm with on-track activity set for 5pm. (Times Subject to Change). Adult general admission tickets are $25 (Buy one, get one FREE!). Teens 13-17 are $10 while kids 12 & under are FREE!