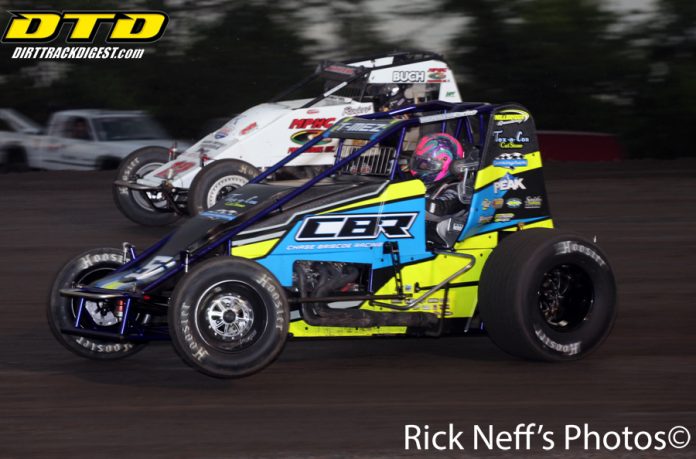 Seven dates for the 31st annual edition of Indiana Sprint Week have been set for the 2018 USAC AMSOIL National Sprint Car season.

The prestigious summertime tradition will have a familiar look with seven races in nine nights from July 20-28, 2018, featuring a slate of the top sprint car tracks in the Hoosier state.

For the eighth consecutive year, Indiana Sprint Week will begin at Gas City I-69 Speedway on Friday, July 20 before following it up a night later just a little over 30 miles to the west at Kokomo Speedway on Saturday, July 21. The first weekend concludes Sunday, July 22 in the southeastern part of the state at Lawrenceburg Speedway.

After a two-day hiatus, the series returns for a final four-day stretch that begins at the Terre Haute Action Track on Wednesday, July 25. Then, it’s off to Lincoln Park Speedway in Putnamville on Thursday, July 26, Bloomington Speedway on Friday, July 27 and concludes with the ISW finale Saturday, July 28 at Tri-State Speedway in Haubstadt.

The changing landscape on the racing calendar within the Midwest region opened new opportunities, instigating a change to a slightly later date in the month of July for ISW to create a better balance for the series’ drivers and teams during a busy summer stretch.

“We know this is a change for the promoters, our teams and fans, but we feel the need to take advantage of the opportunity to keep growing the event as a whole,” USAC Series Director Levi Jones said. “We plan to carry the momentum we’ve built over the last couple of decades and make Indiana Sprint Week an even bigger success for everyone involved.”

The tracks on the ISW schedule each include its own characteristics, ranging from relatively flat to high banks, from quarters to half-miles and from wide-sweeping turns to paperclip-shaped venues, offering a unique challenge to both driver and machine.

Indiana Sprint Week debuted in 1988, but first became USAC-sanctioned in 1996. Since then, the event has grown from three races to seven and has become the marquee event on the USAC AMSOIL National Sprint Car trail that draws massive crowds and welcomes travelers from around the world, both driver and fan alike.

The USAC National Sprint Car division’s winningest driver, Dave Darland, owns the most Indiana Sprint Week victories with 18. Levi Jones and Kevin Thomas have the most ISW titles with four.