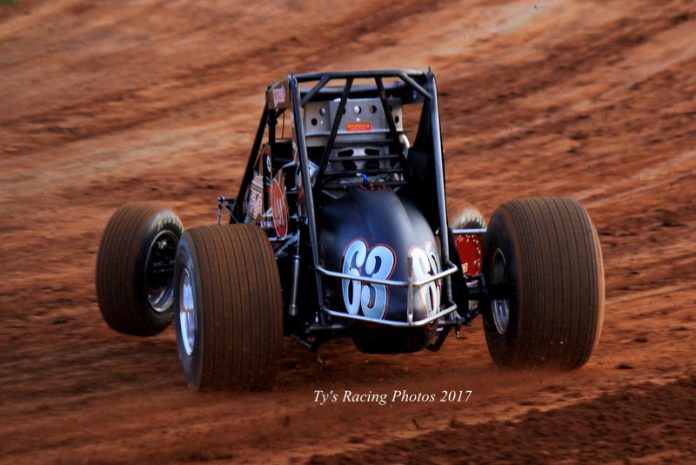 For the eighth consecutive year, the USAC AMSOIL National Sprint Car season is set to launch in Ocala, Florida at Bubba Raceway Park where “Winter Dirt Games” will open the 2018 season.

Dates have been set for the annual three-race weekend at the D-Shaped dirt oval on Thursday, Friday and Saturday, February 15-16-17, with an open practice beginning the festivities on Wednesday, February 14.

“One of USAC’s great traditions over the last several years has been kicking off its season at Bubba Raceway Park,” said Levi Jones, USAC Series Coordinator. “Over the last seven years, ‘Winter Dirt Games’ has quickly become one of USAC’s marquee events and has annually produced some of the best racing action we see all season.”

Eighteen USAC National Sprint Car events have been held at the Ocala, Florida track since 2011 and it has proven to be a harbinger of good things for drivers who’ve won the season opener there in recent years. In fact, three of the four most recent USAC National Sprint Car champions have begun their season as a winner in Ocala: Bryan Clauson (2013), Brady Bacon (2014) and Robert Ballou (2015). Current series point leader Justin Grant won the 2017 season opener at Bubba’s.

Clauson is the winningest USAC Sprint Car driver at Bubba’s with four victories in four different seasons. Damion Gardner has won three times while Tracy Hines, Bacon and Ballou have each scored a pair of victories. Darren Hagen, Dave Darland, Thomas Meseraull, Justin Grant and Hunter Schuerenberg have all won once.


While “Winter Dirt Games” has certainly proven to be a top-notch event among drivers seeking to get their season started off on the right foot, it’s also been the same for fans who exit the winter weather for a much-needed foray into the “Sunshine State” to witness the most competitive racing series’ lone appearance in the state during the year.

“‘Winter Dirt Games’ is one of those events fans and teams circle on their calendars each year,” track owner Bubba Clem said. “We can’t wait to have the USAC Sprint Cars back at Bubba Raceway Park once again in 2018 to kick off the start of a great racing season.”

Additionally, further USAC dates in Florida during February 2018 are under discussion.