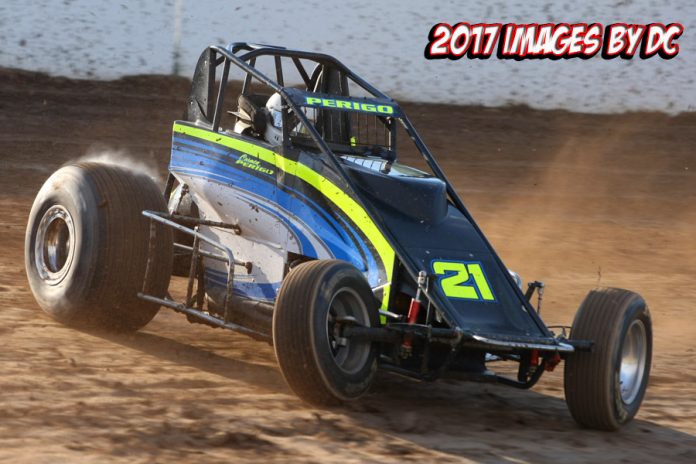 “The very first one at Big Diamond, we had 16 cars and the place was packed,” Michael explained. “(The promoter) took two races this year because he’s seen it’s something to build on. The next time out at Path Valley, we had 26 cars and I think it’s only going to get better.”

Michael believes the series, which will utilize engines that are 360 c.i., 358 and under in size, creates a place for young drivers competing in wingless micros to step up to where they can run sprint cars without the wing, a foundation he saw being laid down in this past year’s events.


“They’re cool cars and it’s different,” Michael said of wingless sprint car racing. “The biggest thing is these kids coming up are racing 600 micros, 270s and SpeedSTRs. It’s a big thing in the lower ranks. We brought in a whole bunch of new guys to race with us this year. It didn’t hurt URC’s wing deal. We even had a couple wingless guys buy wing cars.”

The East Coast and, particularly, the state of Pennsylvania is obviously well-known for wing sprint car racing. Michael, who, himself, has made a living racing with the wing as a 9-time URC champion and will continue to race with URC in addition to his new side endeavor leading the USAC East Coast Sprint Cars, sees an opportunity for a different breed of racing to feed the appetite of drivers, teams and fans in the Pennsylvania, New Jersey, New York and Delaware region.

“I know there’s a lot of classes and that’s a bad thing in racing,” Michael admits. “But on the east coast, nobody can tell me where to go to see wingless sprint cars. It’s one thing we don’t have out here yet, but it seems like fans and racers want it. There’s no doubt about it that it’s cheaper. I’ve done both now. It’s less fuel, it’s easier on the tires, you don’t need wings and you don’t need a big trailer. I’m not putting down the wing deal, but it’s a fact. It’s cheaper to run a wingless sprint car.”

Michael is adamant that the USAC East Coast Sprint Cars will not be competing with URC, where he serves as vice-president. The wingless series will be competing on URC’s open weekends. A full 2018 schedule is in the works and will be announced at a later date.

“It just seems like it would be best if I did it on my own on the side and didn’t book against URC races,” Michael explained. “I’m hoping both series will help each other. URC is known as a wing series, which it will remain, and the USAC East Coast Sprint Cars will be the wingless series.”