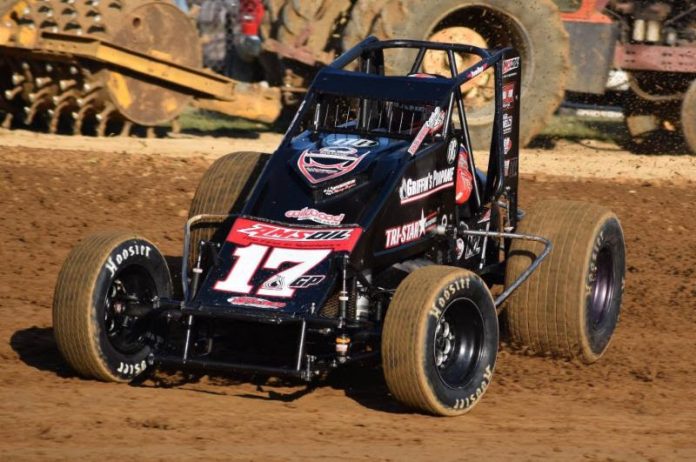 USAC’s winningest National Sprint Car driver Dave Darland will take over the reins of the Michael Dutcher Motorsports No. 17GP this weekend when the USAC AMSOIL Sprint Car National Championship makes stops on Friday to the Terre Haute (Ind.) Action Track on Friday, September 15 and Tri-State Speedway in Haubstadt, Ind. on Saturday, September 16.

Darland has yet to compete for Dutcher’s team in USAC competition this season, instead driving much of the year aboard the Phillips Motorsports No. 71p and, most recently, in the No. 40 for Mark Hery. However, Darland has had success with Dutcher in 2017 in local Indiana sprint car action, capturing the victory last Saturday night at Lincoln Park Speedway in Putnamville, Ind.

Darland also made three starts in Dutcher’s Silver Crown car in 2016, finishing in the top-ten twice, including at Terre Haute, site of this Friday’s “Jim Hurtubise Classic.”

Darland will be the fifth driver to wheel Dutcher’s sprinter in USAC competition this season, following Jeff Bland, Jr., Stevie Sussex, Ryan Bernal and Tyler Thomas, who came within a lap of scoring a huge victory in August’s “Sprint Car Smackdown VI” at Kokomo (Ind.) Speedway.


Dutcher’s cars have won at both Terre Haute and Tri-State Speedway with USAC. In 2013, Kevin Thomas, Jr. drove Dutcher’s ride to a pair of Tri-State victories and a Terre Haute win during Indiana Sprint Week where, ironically, it was Darland who Thomas had to hold off in the final laps.

The pairing of Darland and Dutcher could be a boon for both sides as both aim for their first “Hurtubise Classic” win. Darland remains in search of his first USAC National victory of 2017, a streak he has kept intact since 1993! Dutcher, the 2012 USAC Mechanical Achievement Award winner, hasn’t scored a USAC National Sprint Car win since February of 2015 at Florida’s East Bay Raceway Park with Kevin Thomas, Jr., a span of 102 races.

Darland has won five times at Terre Haute: twice in sprints, once in Silver Crown and twice in midgets. However, Tri-State hasn’t been as kind to Darland, one of the few places he has yet to reach victory lane, and where he hopes to snap that record in this Saturday night’s “Haubstadt Hustler,” which pays $12,500 to win!

On Friday night at Terre Haute, pit gates open at 3pm, grandstands at 4pm, drivers meeting at 5:15pm with cars set to hit the track at 6pm (eastern time). Adult grandstand admission tickets are $25, infield admission is $15 and children 10 and under are free.

For Saturday night at Tri-State Speedway, pit gates open at 3pm, grandstands at 4pm, drivers meeting at 5:30pm with on-track activities set to begin at 6pm (central time). Adult tickets are $25, students (age 13-18) are $20, children 12 & under are free.