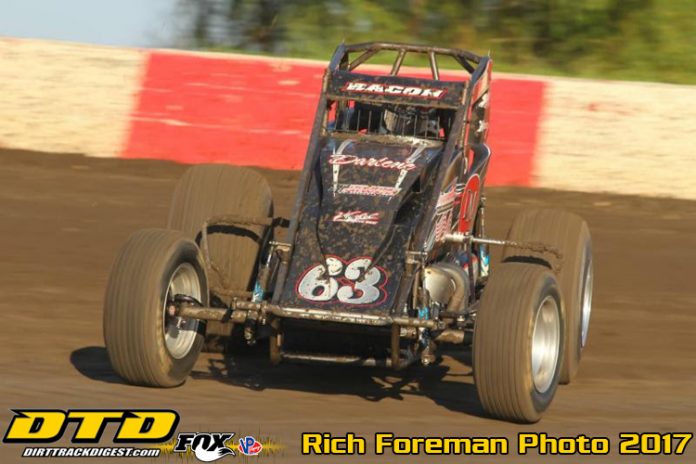 INDIANAPOLIS, IN – Dooling Hayward Motorsports has agreed to a partnership with Richard Childress Racing (RCR), one of NASCAR’s most storied organizations and winner of over 200 races and 17 championships, effective immediately. RCR is based in Welcome, North Carolina and is scheduled to field cars in the Monster Energy NASCAR Cup Series and NASCAR XFINITY Series in 2018; its 49th season as a race team.

It all began in 1970 for the No. 63 when it came into existence with the United States Auto Club (USAC). Joe Dooling Sr., known as “Papa Joe” was awarded the No. 63 in which he took famed driver Lloyd Ruby to the Astros Grand Prix. Since 1970 there have been many great drivers that have shared the seat of No. 63.

In 2001 Papa Joe passed the racing torch over to his son, Joe Dooling Jr. That year Joe hired Ed Carpenter who went on to earn the Stoops Freightliner Sprint Car Rookie of the Year honors.

In 2014 Joe Dooling Jr. joined forces with Brodie Hayward to create Dooling Hayward Motorsports. Throughout their partnership along with the No. 63’s impressive list of victories, they’ve earned the win to one of the largest unique grassroots events in history the Chili Bowl Nationals in 2014.

“Grassroots racing has been in my blood for many years now,” said Brodie Hayward, vice president of Dooling Hayward Motorsports. “Since my wife Sarah and I partnered with the Dooling’s No. 63 team several years ago, we have worked hard to advance the unshakable foundation of this team built by Papa Joe and Joe Jr.”


“The opportunity to align with Richard Childress Racing came about and it was a perfect opportunity for us to grow as a race team. RCR is a world-class organization with great resources and personnel. To integrate two legendary teams in the No. 63 and the multiple teams of RCR is organic. This opportunity can provide a clear path to develop young drivers into NASCAR with an already legendary well-established team.” Hayward said.

“This is an exciting path to expose and expand awareness to our grassroots motorsports program along with tempting audiences from USAC and NASCAR to further viewership and support for both sports. Whether it’s on dirt or asphalt it will be exciting to see RCR colors united with Dooling Hayward Motorsports in this upcoming season and beyond.” Hayward said.

“We are very grateful for the opportunity to compete in the 2018 Sprint Car and Midget season coupled with growing as a team,” said Joe Dooling Jr., President of Dooling Hayward Motorsports. “Our relationship with Richard Childress Racing will travel well beyond our alliance. We have many of the same ideals that fit our vision to allow our continued success.”

“It’s important for our race team to align with a grassroots racing organization like Dooling Hayward Motorsports and develop young drivers and crew members,” said Richard Childress, Chairman and CEO of RCR. “This partnership will be a great opportunity to continue our developmental program and invest in a race team that are proven winners.”