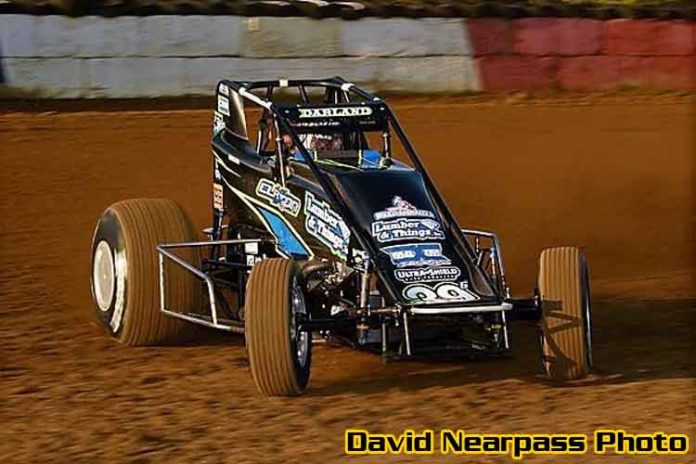 Darland, USAC’s winningest USAC National Sprint Car driver of all-time with 59 victories, will sport No. 36D, a number that has ridden along with Darland to numerous titles and victories, including his very first USAC win at the Terre Haute (Ind.) Action Track in 1993.

The Lincoln, Indiana driver is one of just six drivers who owns titles in all three USAC National divisions, including Silver Crown (1997), Sprint Car (1999) and Midget (2001 & 2002). He will pilot a second Goodnight-owned entry with Scott Benic on the wrenches. Darland and Benic teamed up for six USAC National Sprint Car victories in 2008 and 2009.

In 2010, Darland drove for the Goodnight family for much of the USAC Sprint schedule, picking up a win in the Indiana Sprint Week opener at Lawrenceburg Speedway. In three starts with Goodnight in 2017, Darland was ProSource Fast Qualifier in all three and had finishes of fourth at Montpelier (Ind.) Motor Speedway and fifth at the Terre Haute (Ind.) Action Track. At the “Fall Nationals” in Lawrenceburg, Ind., he was in contention for the lead when mechanical trouble sidelined him.


In addition to the full USAC schedule, Darland will be competing in select local events around the Midwest in Goodnight’s Maxim chassis with a Claxton engine. Darland will make his season debut in the car in the USAC season-opening “Winter Dirt Games” on February 15-16-17 at Bubba Raceway Park in Ocala, Florida.