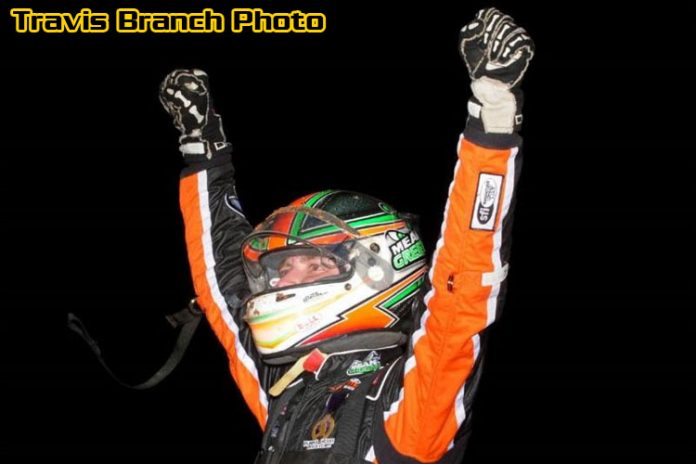 Chad Boespflug’s 2017 season began with an extreme dose of optimism. Coming off a career year in 2016 in which he won six USAC-sanctioned features, Boespflug combined his team’s resources with those of the previous year’s championship winning entry, and winningest team in the history of the series, the legendary Hoffman/Dynamics, Inc. No. 69.

After a seemingly strong start which included an instant classic triumph on the red clay of Bloomington (Ind.) Speedway last April, success became harder to find as the combination found more valleys than peaks on its way through a trying season.

Like barbecue and ice cream – both great in their own right – sometimes the mixture of two entities at the top of their game just doesn’t jell. And for the 2018 USAC AMSOIL National Sprint Car season, the two have decided to part ways.

For Hanford, California’s Boespflug, call 2018 the year of getting back to the basics. Call it a year of rejuvenation. For one, Boespflug’s ride has been renumbered to 98, the same numerals he sported in his magical 2016 season. With plans to attack the full USAC schedule once again this season, the 29-year-old driver is aiming to return to that form.


“This year, we’re going to have fun,” Boespflug point blanked. “Last year was honestly the most non-fun year I’ve had in racing. I’m going back to what we did in 2016 and we’re just going to have fun and race. No pressure, but obviously, without having any major sponsors, we must make every night count as far as being able to go onto the next night. I’ll be working on the cars every night throughout the week and taking care of it all on my own. There’s no plans for a crew chief or anything like that right now. We’re going to take it one night at a time and just have fun again.”

Obviously, winning is the remedy that cures all of a racer’s ails, at least most of the time. Boespflug reached the pinnacle a total of seven times in a 41-race span in USAC-sanctioned Sprint Car races between 2016 and early 2017, but is currently under a 34-race winless spell. Sometimes, though, the pressure one is applied from within in certain situations to perform up to an expected standard. When that occurs, the fun factor can dissipate in a single heartbeat.

“The fun part of racing is not being under a lot of pressure,” Boespflug said. “I did this deal on my own in 2016, and last year was pretty much on my own as well, but under completely different circumstances. The workload was the same in both years, but I guess you could call it pressure and the significance of everything that was going on that added to the pressure of performing and making sure everything was right. You carry on a corporate sponsor, then everyone thinks you get everything handed to you and it’s not that way at all. This year, it will be operated the same, but under a different format in a sense, but everything is the same more or less. I don’t really have an answer as to why last year wasn’t fun. I always try to make it as fun as possible, but it just didn’t work out.”

Right now, Boespflug is in the midst of wrapping the body of his Maxim/Claxton-powered sprinter with new vinyl to get ready for the season-openers at Bubba Raceway Park in Ocala, Florida for “Winter Dirt Games IX” on Feb. 15-16-17. The preparation for a USAC Sprint Car operation to tackle the full schedule does not simply start a week before the car is rolled off the trailer for the first race. It basically started at the end of last year. With a full-time job and a full-time race team to tend to, Boespflug has to be on the proverbial ball in order to not get caught behind.

“When I got home from out west (last November), I took a week off, then started tearing the cars apart, cleaning parts, getting things prepped, calling sponsors and getting all the pieces back together again for the next season,” Boespflug explained. “It’s a lot to do. Throughout the year, I tried to get as much done in the offseason, so I didn’t have as much work to do during the season. It’s a little less hectic Monday through Friday than it is during the race season to keep up with everything. Doing that stuff at night, plus working a full-time job from 7am to 5pm, there’s not enough time to do it all, but that’s why you’ve got to start early.”

Start early, indeed. Boespflug intends to begin the early part of the season just as he did last year when he was second in series points a quarter of the way through the schedule before slipping back to sixth by season’s end.

“We go out there to race and run as good as possible, but some nights you do and some nights you don’t,” Boespflug acknowledged. “Last year, we started out great, then fell off. Justin Grant started out great, then fell off too. Chris Windom started out rough and got stronger as the year went on and won the championship. Sometimes that’s the way the cookie crumbles. It’s all about jelling with your team and being able to keep everything together. It’s a juggling act. I’m not just a show-up-and-drive type of driver. I work on the cars, assemble the team and keep everything together to compete and perform and somehow manage everything under one hat. It’s a lot to carry for sure.”