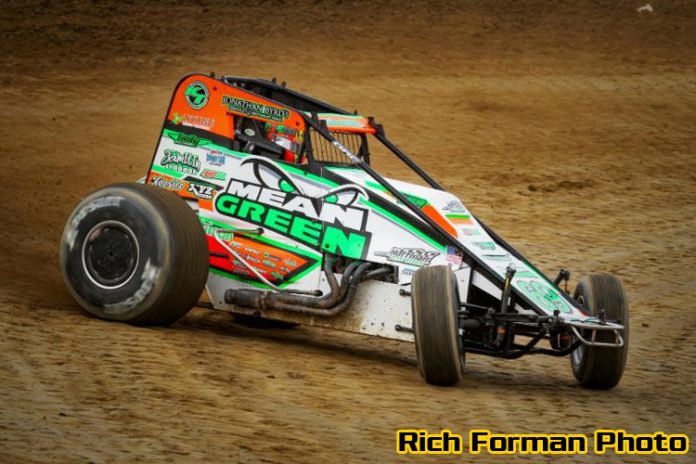 PLYMOUTH, IN – Plymouth Speedway will make its debut on the Indiana Sprint Week schedule after being tabbed as the opener for 31st edition of the series, which kicks off on Friday, July 20.

The addition of the 3/8-mile dirt oval expands the Indiana Sprint Week schedule to northern Indiana for the first time since 1988 at the first ISW race ever held, won by Rick Hood at Avilla Speedway.

Now the seven-race summer series encompasses venues from the north, south, west, southeast and central regions of the state and its proximity to the following night’s race at Kokomo Speedway makes the hour drive feasible for teams and fans.

Plymouth Speedway has made great strides over the past few years in facility upgrades, with new press boxes added, a permanent video board, new concourse area, the construction of a towering grandstand and its conversion of the track surface from pavement to dirt.

“Indiana Sprint Week is the greatest week of sprint car racing in Indiana for our fans and teams worldwide,” USAC Racing President Kevin Miller said. “We are excited to recognize the vast investments that Ed Kennedy and his team have made at Plymouth and offer our fanbase in northern Indiana with the opener of Indiana Sprint Week.”

The USAC AMSOIL Sprint Car National Championship has made two previous appearances at Plymouth over the past two seasons and both have been memorable. Justin Grant won the debut in the spring of 2017 ahead of a hard-charging Tyler Courtney, who raced from 18th to 2nd. Earlier this May, Kevin Thomas, Jr. emerged victorious after swapping the lead twice on the final lap with Robert Ballou.

Plymouth Speedway becomes the first “first-time” addition to the ISW schedule since Brownstown Speedway in 2010 and the 14th track overall to host an ISW event since its inception three decades ago.

Indiana Sprint Week began in 1988 and since then has become one of the premier events on the USAC calendar. Dave Darland is the winningest driver in ISW history with 17 victories.