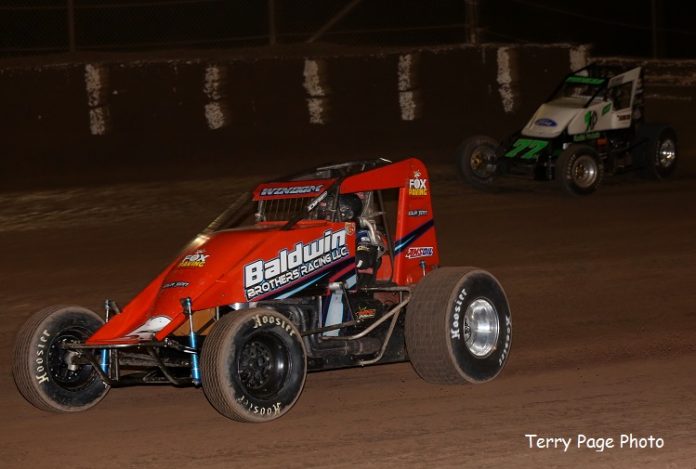 Eastern Storm enters its 12th year in 2018 boasting the most expansive schedule in the history of the series with six events in three different states, four returning tracks and two venues hosting the USAC AMSOIL Sprint Car National Championship for the first time in the club’s 63-year history.

Grandview Speedway is the only track to have been a part of every Eastern Storm since its debut in 2007. The Bechtelsville, Pennsylvania 1/3-mile track opens the series on Thursday, June 14 while Williams Grove, which debuted on the schedule in 2017, brings the series into night two on Friday, June 15.

Pennsylvania’s Port Royal Speedway is the second-straight half-mile pegged for Eastern Storm the following night with the blazingly-fast track set for duty on Saturday night, June 16. The venerable 3/8-mile dirt oval in York Haven, Pennsylvania has taken a new look over the past couple of years and now features a new moniker – BAPS Motor Speedway – as it makes its fifth Eastern Storm appearance on Sunday night, June 17.

Thirty-nine Eastern Storm events have been contested since the series’ inception in 2007. Levi Jones and Bryan Clauson are tied atop the leaderboard as the winningest drivers in the series with six wins apiece. Standing tall in third-place on the all-time Eastern Storm win list is reigning champ Chris Windom of Canton, Illinois. Windom won the Port Royal round en route to his first Eastern Storm title in 2017 and, in fashion with the trend, built upon that to win the USAC National Sprint Car title at season’s end. In fact, in eight of its 11 years of existence, the champion of Eastern Storm has gone on to win the USAC National Sprint Car title in the same season: Jones (2007, 2010 & 2011), Clauson (2012 & 2013), Brady Bacon (2014), Robert Ballou (2015) and Windom (2017).

Windom won his first Eastern Storm feature all the way back in 2010 at Big Diamond Speedway in Minersville, PA. Following Windom on the all-time Eastern Storm win list is Ballou, of Rocklin, California, who earned all three of his Eastern Storm victories in one magical weekend back in 2015, when he ran away with the series title.

Of the top-10 in the current USAC AMSOIL National Sprint Car standings, eight have won at least a single Eastern Storm feature. Point leader Thomas won at Williams Grove in 2017, Windom (2nd) has four wins, Courtney (3rd) won at BAPS in 2017, Chase Stockon (5th) won at Grandview in 2014, Ballou (6th) won three in 2015, Dave Darland (7th) won at Port Royal in 2013, Bacon (8th) won twice and Chad Boespflug (10th) won at New Egypt (N.J.) Speedway in 2016. Only C.J. Leary (4th) and Justin Grant (9th) have yet to break into victory lane yet and those two were among the winningest drivers in all of USAC last year and are hungry to pick up USAC National Sprint Car victory number one of the 2018 season during Eastern Storm.