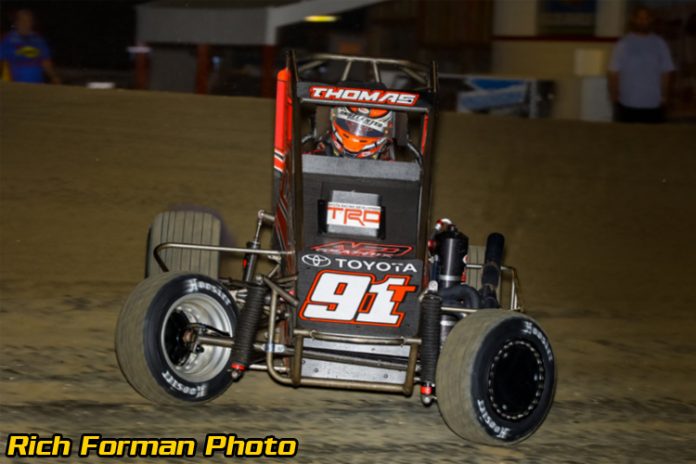 KOKOMO, IN – Talented drivers can seemingly win in anything, anywhere. When push comes to shove, the cream certainly rises to the top.

There’s plenty of clichés you can use to describe a versatile wheelman or woman who can succeed behind the wheel of a sprint car or a midget regularly.

However, interestingly enough, of the eight past USAC AMSOIL National Sprint Car feature winners at Kokomo who are expected to compete in a midget at this weekend’s “Kokomo G.P.,” two have previously captured a victory at the ¼-mile dirt oval in a USAC NOS Energy Drink National Midget feature – Tyler Courtney and Kevin Thomas, Jr.

There’s a handful more who could most definitely add his name to the list during this weekend’s USAC NOS Energy Drink National Midget “Kokomo Grand Prix” on Friday and Saturday, April 5-6 at Kokomo (Ind.) Speedway.


Indianapolis, Indiana’s Courtney drove to the victory in the most recent “Kokomo G.P.” while Thomas, of Cullman, Ala., nailed down the win during “Indiana Midget Week,” with the most successful USAC Sprint Car drivers who finished one-two in last year’s sprint standings, having a lockdown on the midget field. Courtney already had two Sprint victories at Kokomo prior, while KTJ has now upped his tally to five in a sprint under the USAC banner.

The other six past USAC Sprint winners alluded to include some of the top names in not only midget racing, but all of dirt track racing. Phoenix, Arizona’s Chad Boat won at Kokomo in a sprint car back in 2009. Among his accolades in a midget at Kokomo with USAC are a runner-up finish as recently as last year’s G.P. Chris Windom, of Canton, Ill., is a sprint car track champ at Kokomo and has won three sprint races there, but none in a midget as of yet as he aims to win his first career “W” with the series.

Like Windom, Greenfield, Indiana’s C.J. Leary is a Kokomo Sprint Car titlist who is aiming to notch his first-ever USAC Midget win, period, at Kokomo. He’s already collected a pair of top-fives in the first three midget races and, don’t forget, his first career USAC Sprint win came right at Kokomo in 2016, before repeating the feat in 2017.

The RMS, LLC team is one to keep an eye locked on with Dave Darland and Thomas Meseraull behind the wheel of their pair of machines. Darland is the winningest driver in terms of USAC Sprint Car victories at Kokomo with nine. However, stunningly, the 30-time USAC National Midget feature has yet to get one in his backyard at Kokomo. With that said, he’s won in a midget at Kokomo is more than capable of getting the job done again. His teammate, Thomas Meseraull, has captured the “Indiana Sprint Week” round at Kokomo in each of the last two seasons, but his eye remains on a midget prize this weekend at Kokomo.

After being oh-so-close numerous times, including at Kokomo, Collinsville, Oklahoma’s Tyler Thomas finally found both USAC Midget and Sprint Car victory lane in 2018, with the sprint win arriving during “Sprint Car Smackdown” last August. A Midget win at Kokomo remains elusive, but perhaps his time has arrived.

You don’t need me to tell you. A racer is a racer. Just ask those who witnessed Tom Bigelow, Rich Vogler, Jack Hewitt, Tony Elliott, J.J. Yeley and Bryan Clauson compete at Kokomo, or anywhere for that matter. Those guys are all present or future Hall-of-Famers, yet they’ve also won in both a USAC National Sprint Car and a National Midget at Kokomo.

This coming weekend, someone will have to earn their “Kokomo G.P.” victory regardless. There’s no “backing into” a USAC National win anywhere, let alone Kokomo Speedway, which has the best of the best rise to the occasion, with some of the most hair-raising, fascinating, competitive racing you’ll see all year. Expect nothing less.

Adult general admission tickets are $20. Children age 12 and under are FREE! Pit passes for all ages are $35. 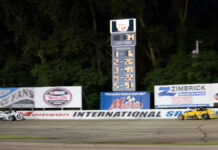 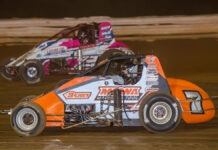