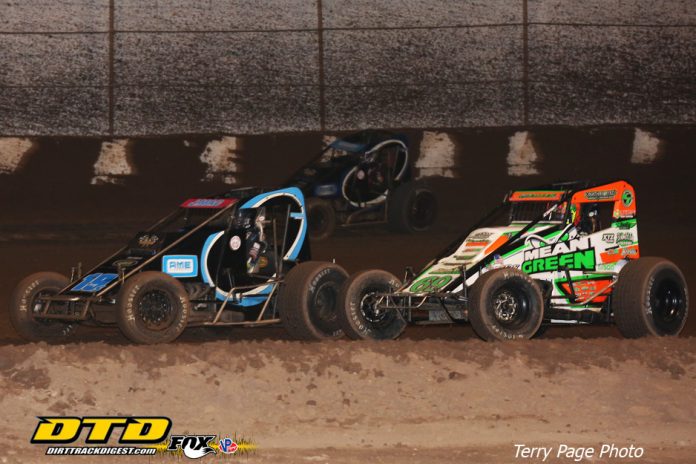 TERRE HAUTE, IN – Five past winners of the Fatheadz Eyewear “Sumar Classic” are ready to roll in this Sunday’s 19th edition of the event at the Terre Haute Action Track.

Swanson captured the season opener in March at Memphis (Tenn.) International Raceway, marking a highly-successful debut with Nolen Racing, who themselves are two-time winners of the “Sumar Classic” in 1998 and 2002, both with driver Tony Elliott.

Ten of the 27 pilots in the field have tallied Silver Crown victories during their careers. In addition to those mentioned above, you can include Muncie, Indiana’s Aaron Pierce who recorded the fastest single lap in Silver Crown series history, 2014 last lap LOR winner David Byrne of Shullsburg, Wisc., Fortville, Indiana’s nine-time “Little 400” winner Eric Gordon, a winner in all three of USAC’s National divisions in Shane Cottle of Kokomo, Ind. and Indianapolis, Indiana’s reigning USAC AMSOIL National Sprint Car champion Tyler Courtney, who won the pole for last year’s “Sumar.” Pierce, Byrne and Gordon are aiming for their first victories with the series on the dirt.

New Castle, Indiana’s Kyle Robbins was solid en route to scoring Silver Crown Rookie of the Year last season. Now, a new crop of Rookies are ready to tackle the series, including six-time All Star Circuit of Champions titlist Chad Kemenah of Alvada, Ohio, who will be making his series debut at Terre Haute. Ellisville, Mississippi’s Joey Schmidt was impressive in his series debut on the pavement at Memphis, finishing 5th. Sprint Car veteran Dallas Hewitt of Troy, Ohio will make his first Terre Haute Silver Crown appearance, four years after his only career start, in 2015 at Eldora.

Korey Weyant (Springfield, Ill.) and Dave Berkheimer (Mechanicsburg, Pa.) each have previous starts with the series, but retain their Rookie status for the 2019 season.

Pits open at 1pm Eastern on Sunday with grandstands opening at 2pm, an open pit party from 2-3:15pm, drivers meeting at 3:30pm, practice at 4:30pm, Fatheadz Eyewear Qualifying at 5:30pm and racing at 6:30pm.

Adult general admission tickets are $25, infield tickets $15 and kids 11 and under FREE. Pit passes are $30 for USAC/UMP members and $35 for non-members.

The “Sumar Classic” can be watched LIVE on http://www.FloRacing.com/.