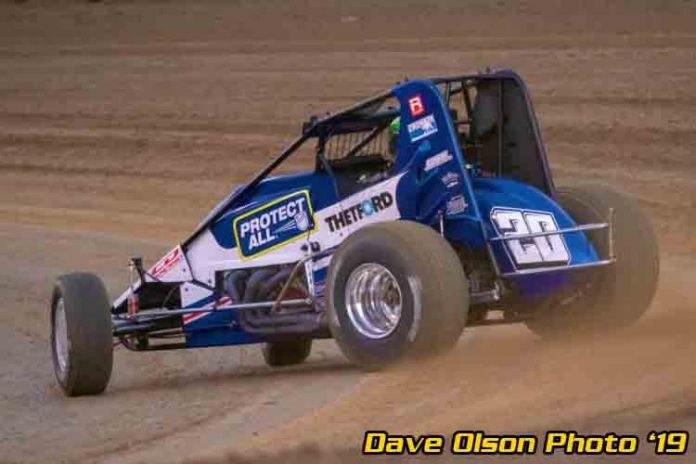 “Carson was parked next to us for several days during the Florida race series earlier this year,” said Sean Michael, who looks after the CD racing stable of USAC Silver Crown, sprint car and midget equipment. “Chris (Dyson) and I were looking for someone to run the sprint car when the USAC series made its annual swing through Pennsylvania and New Jersey. We were both impressed with Carson’s approach to racing, both on the track and off. He ran good – fast every night. So, Carson was at the top of our list of potential drivers for the Eastern Storm.”

Short not only owns and maintains the sprint car he drives in Midwestern events, but is responsible for making his program’s financial ends meet. So, he’s well aware of the fine line between winning races and breaking cars. “I learned when I was young, you’ve got to be hard and fast, but not tear up the equipment,” Short said. “I run off what I make, and you don’t get paid if you put the car in the fence. I’m not going to take second place when I’ve got a winning car, but I won’t tear it up, either.”

“I am pleased we are able to do this with Carson,” said Dyson. “We won a race and had some other good finishes in last year’s Eastern storm with Thomas Meseraull. We learned a lot last year and I believe the potential is here for us to do even better in 2019. It is going to be exciting.”

Dyson noted that the team would enter Short in a pair of races this week as a tune-up for next week’s Eastern Storm. “Sean will run him in the USAC East Coast Sprint Car race at Big Diamond this Friday night and then put a wing on the car for Saturday’s URC race at Lincoln. We thought this would be a good way to for everyone to get to know each other better before next week’s opening Eastern Storm race at Grandview.” 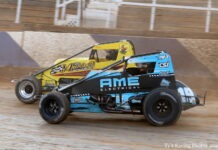