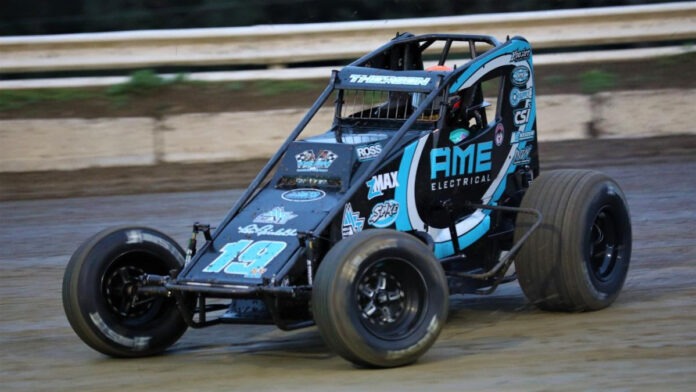 Thorson, the Minden, Nevada native who captured the 2016 USAC NOS Energy Drink Midget National Championship and has been a mainstay at the top of the series with 20 career series wins.

Now Thorson will step into the role of full-time USAC Sprint Car driver where he is a relative newcomer, making eight starts over the past two seasons.

However, he has found instant success in the #19AZ, finishing 2nd in his debut in June 2020 at Plymouth (Ind.) Speedway, and has opened the 2021 season with a 6th and a 4th in his first two outings at Bubba Raceway Park in Ocala, Fla. where he sits fourth in the standings entering the round at Lawrenceburg, a solid start to the season as he seeks not only series Rookie of the Year honors, but to also compete for a championship.

“I am excited to be the one Andy (Reinbold) and Tammy (Reinbold) have chosen to run their sprint car,” Thorson exclaimed. “I’m looking forward to working with my good buddies this year. It’s going to be a busy year, and I am happy to be able to do it with AME Electrical.”

Andy Reinbold and Todd Underwood have fielded a USAC National Sprint Car full-time for the past three seasons, winning two races and a series title with C.J. Leary in 2019, then won again with Logan Seavey as the pilot in 2020. The team also boasts another USAC National Sprint victory with Thomas Meseraull in 2017.

With the know-how, championship experience and a talented crew consisting of Tyler Ransbottom, Connor Ridge and Austin French, Andy Reinbold feels highly confident with the team’s outlook as the series gets rolling at the start of April.

“Tanner is bringing a fresh start to our team,” Reinbold said. “Being able to provide an opportunity for him to run his first full season in a non-wing sprint car while competing for a Rookie of the Year championship as well is pretty cool. I feel we will have great success with him and the boys.”