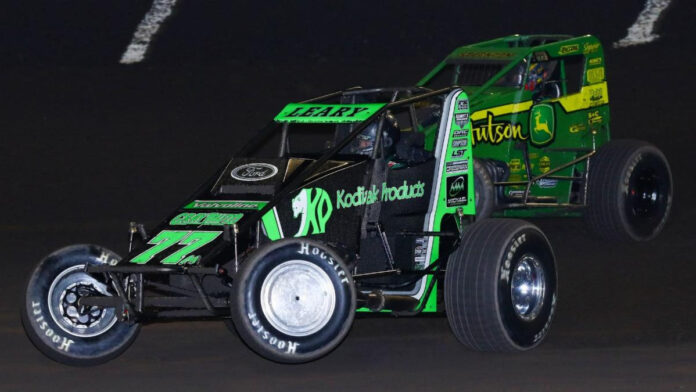 SPEEDWAY, IN – What if I told you that the 2021 USAC AMSOIL Sprint Car National Championship season may be the most balanced ever?

Well then, you very well may be correct.

Throughout the 66-year history of USAC National Sprint Car competition, that’s occurred just once before, 44 years ago in 1977.

In the 35 contests completed thus far in 2021, four drivers have already won a total of four feature events with Justin Grant and Kevin Thomas Jr. leading with seven scores, while C.J. Leary and Tanner Thorson have each notched five apiece.


Nine races remain on the campaign, providing an opportunity for drivers on the “bubbling under” charts to rise up and become the unprecedented fifth member of the club, namely series point leader Brady Bacon who stands at three.

At the conclusion of the 51-race 1977 season, 15 drivers landed in victory lane with four wheelmen above the Mercator line of five wins during the season. Tom Bigelow hit an all-time record 14 wins that season with Pancho Carter tallying 10 himself. In fact, that’s the only instance of two different reaching double-digit wins in a single season. Meanwhile, both Bubby Jones and the season’s champion, Sheldon Kinser, came away with seven triumphs apiece.

At Gas City, adult general admission tickets are $30. Kids 12 and under are free. Pit passes are $30 for members and $35 for non-members. Pit gates open at 3pm ET with the grandstands opening at 5pm, drivers meeting at 5:45pm and hot laps at 6:30pm with qualifying and racing immediately following.

Then, it’s onto Rossburg, Ohio’s Eldora Speedway for a triple shot of USAC racing Friday and Saturday night, Sept. 24-25, for the 39th running of the Four Crown Nationals presented by NKT.TV.

On Saturday, spectator gates open at Noon Eastern with a driver autograph session scheduled from 3-4 pm in the Fan Zone, followed by the drivers meeting at 5pm and hot laps at 6pm.

The USAC portions for all of this weekend’s events from Gas City and Eldora can be watched LIVE on FloRacing at https://bit.ly/3frPoW6.

(C) represents an event with the USAC/CRA AMSOIL Sprint Cars

(A) represents a race awarding appearance points only

1-Tyler Courtney (May 8 at Eldora Speedway)

1-Chris Windom (May 26 at the Terre Haute Action Track)