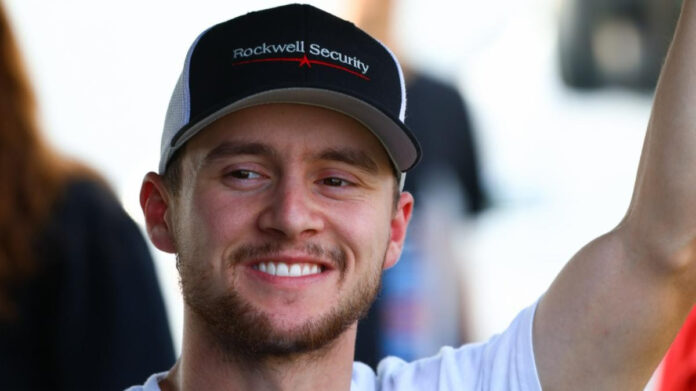 SPEEDWAY, IN – When you become the first driver in the history of USAC National racing to win all three dirt finales in a season, odds are you have a bit of momentum on your side moving into the new year.

Logan Seavey has exactly that as he plans a full assault on all 99 USAC National events throughout 2022 as a Triple Crown contender for the USAC Silver Crown, AMSOIL National Sprint Car and NOS Energy Drink National Midget championships.

Also riding the wave of momentum alongside the Sutter, Calif. driver is the fact that he returns to all three of the same rides in the coming year, in the Rice Motorsports No. 222 Silver Crown car, the Baldwin-Fox Racing No. 5 Sprint Car and the Tom Malloy No. 25 Midget.

The same teams bring the same plans and the same outlooks – to win races and compete for championships, and that’s just what Seavey intends to do in the new year and brings along with it the unheralded joys of returning to the same seats for another year.

“I’m just excited I won’t have to mount any new seats this year,” Seavey said with a laugh. “I’m small, so I’ve got to get all these different spacers, drill all these holes. It’s simple for the bigger guys, they just mount the seat as far back as they can. For me, I’ve got to be able to reach the steering wheel and whatnot. I don’t have to mount any new seats and I get to work with the same group of people pretty much for all three classes.”

Seavey has already experienced a pair of USAC National championship celebrations in his career, in two different manners. In 2018, he became just the third Rookie driver ever to capture the USAC National Midget driving title. In 2021, his performances netted him the runner-up position in the USAC Silver Crown driver standings, but it was good enough to earn his Rice Motorsports team the series entrant championship.

He realizes the sacrifices it requires to earn a championship at this level – to have the right teams, the right equipment and the right people. Seavey feels he has that. But, with that, he knows it’s a challenging task to take on, but it a challenge he’s game for.

“It’s hard as it ever is to win one, let alone two or three,” Seavey acknowledged. “There’s been a big extra payout put up this year, so we’re all trying to win at least a couple championships and pick up that extra money.”

Seavey’s referring to the USAC Triple Crown payout, which would provide a driver with a $300,000 prize for winning all three series titles in a single season, or $150,000 for capturing two of the three championships.

Thus far, to win all three, it’s a contest between Seavey and Justin Grant, who earlier announced his intentions to compete full-time in all three divisions in 2022. Seavey likes his chances of being able to compete up front after finishing inside the top-10 of the final standings for all three series a year ago.

This year will mark Seavey’s first full attempt at a USAC National Sprint Car championship. That was the initial plan in 2020 before a midseason midget injury sidelined him for several weeks, forcing him to miss a substantial chunk of the schedule in June and July. This past year served as Seavey’s best season yet with the series, finishing 10th in the standings after joining Baldwin-Fox a quarter of the way into the season in May and starting just 29 of the 43 events, tripling his career win total from two to six, highlighted by a three-race winning streak during July’s Indiana Sprint Week.

With Malloy’s midget, Seavey sparked the combo’s first win together during Indiana Midget Week in June at Lawrenceburg Speedway, then finished with a bang by collecting the victory in the 80th running of the Turkey Night Grand Prix at Ventura (Calif.) Raceway to conclude the year, a huge win for the all-California team in their home state, and serving as a huge boon going into next season after Seavey felt they were really good at the end of the year, but pretty solid throughout and continually getting better.

Seavey received the full Silver Crown experience in 2021, starting all 10 events and scoring two victories, both on the dirt, at Selinsgrove (Pa.) Speedway and Ohio’s Eldora Speedway. He obtained his first foray on the pavement in the Silver Crown series which was, admittedly, a learning process that the team has gathered their info and data from, and recalibrated for an ever stronger run in 2022, a season which they hope results in an outright championship.

His theme for the Silver Crown races is practically the theme for the season – no holding back. It was in those close, near-win misses with the Silver Crown cars where Seavey discovered he’d been saving a little too much throughout the distance. The first two races he ran in 2020 were tire conservation events, giving Seavey a false sense of how to properly navigate a long distance race. Finding that edge is the key, along with doing everything in their power to keep pace with six-time and defending champion Kody Swanson on the pavement, Seavey intends to push even harder to find that edge.

“It seemed like every race last year, I saved too much tire,” Seavey recalled of his Silver Crown campaign. “I realized I wasn’t running hard enough, but that’s part of the learning process. You can think you’re running hard and not hurting your tire or you can think you’re saving you’re tire, but you’re actually hurting it a lot. That’s just something that experience brings. Every race I learned a little bit more and more and I realized that I was overthinking it which I feel lost me a couple races because of that. I think it’s going to be all about pushing a harder moving forward.”

Seavey’s season begins with the Winter Dirt Games XIII USAC NOS Energy Drink National Midget openers on February 11-12 at Bubba Raceway Park in Ocala, Fla. The following week, at the same venue, the USAC AMSOIL National Sprint Cars are on the prowl at Ocala for three nights on February 17-18-19. The USAC Silver Crown season opener takes place on May 1 at the Terre Haute (Ind.) Action Track.