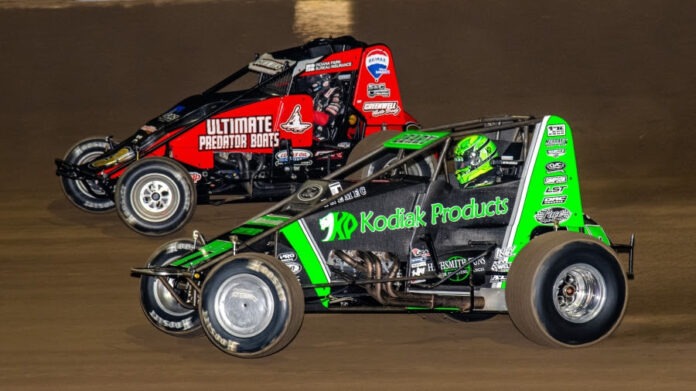 KOKOMO, IN-USAC AMSOIL Sprint Car National Championship racing is headed back to Kokomo (Ind.) Speedway one more time this season on Friday night, September 30.
The event that night was originally scheduled to take place at the Terre Haute (Ind.) Action Track, but the event’s promoters have decided that it is in the best interest of racers and fans to move the event to Kokomo Speedway rather than cancel the event.
“We are very grateful that the O’Connor family was willing to lend us their facility to hold the event,” race organizer Scott Ronk said. “This late in the year, we hate for the teams and fans to miss out on an event, so we hope they will support this one and get another night in at a great track.”
The $5,000-to-win event at Kokomo will be called, “Let’s Just Race” Presented by Schroeder Products.
The USAC AMSOIL Sprint Car National Championship will be joined by the Thunder Cars. Grandstands and pit gates will open at 3pm Eastern. Hot laps will begin at 6:30pm. General admission tickets are $25 for adults and $35 for pit passes.
The Kokomo event begins a double-race weekend for the series’ final Midwest events of the season with Lawrenceburg Speedway’s Fall Nationals on tap one night later on Saturday, October 1.
Four previous USAC AMSOIL Sprint Car National Championship events have been held at Kokomo during the 2022 season. Justin Grant (Ione, Calif.) won twice on both July 26 and August 25. Kevin Thomas Jr. (Cullman, Ala.) was victorious on August 26. Kyle Cummins (Princeton, Ind.) was triumphant on August 27 during Sprint Car Smackdown XI. 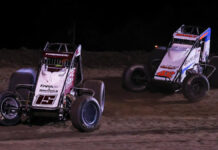 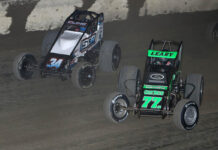