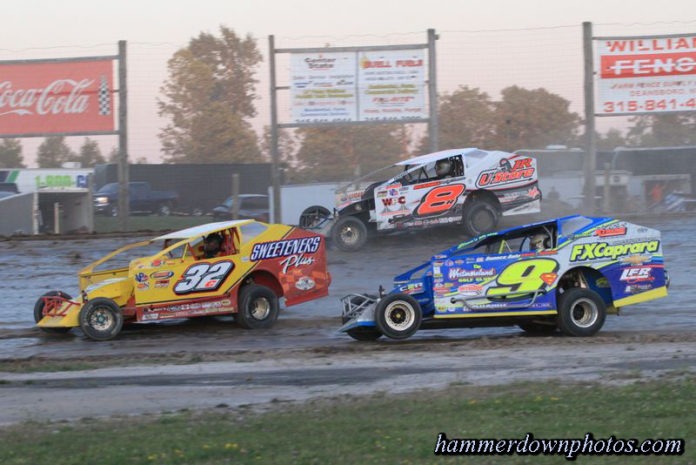 VERNON, NY – After a three year run as a NASCAR HomeTrack, the Utica-Rome Speedway is making a change for the upcoming season. The owners of the facility, Bill and Kim Shea, have elected to make a move into the DIRTcar Racing fold. It is the first time in over 10 years that the facility will fly the DIRTcar banner.

“We had a great run with NASCAR but after looking at our options going forward Kim and I think it’s time to try something different,” said speedway owner Bill Shea. “Last season we ran a Super DIRTcar Series event and we had a great response from the fans and the drivers. We want to build upon that for this year. We look forward to furthering the relationship with DIRTcar going forward as we continue to grow Utica-Rome Speedway.”

The speedway and DIRTcar officials have been working behind the scenes over the past few months to iron out the details of the deal. Mike Perrotte, the Director of Series and Sanctioning for DIRTcar Northeast, was excited about finally being able to bring Utica-Rome Speedway into the mix.

“I’m extremely happy that Utica-Rome Speedway will be DIRTcar sanctioned in 2017,” stated Mike Perrotte. “DIRTcar has a successful record of Sunday night sanctioned tracks. Having this option available for big-blocks benefits everyone in Central New York. I look forward to working with Bill and Kim Shea during the upcoming year.”

Utica-Rome has been sanctioned by DIRTcar at various points in its 56 year history. It first fell under the sanctioned banner in 1981 and 1982. The speedway was again sanctioned from 1985 through 1987 before one final run as a weekly 358-Modified track from 1999 to 2004. Jack Johnson leads the all-time wins list in DIRTcar sanctioned action with 18 career victories at the facility while Stewart Friesen was the last driver to claim a DIRTcar title at the track. 2016 Modified champion Matt Sheppard earned a DIRTcar championship of his own back in 2002. Sheppard also claimed 2016’s Super DIRTcar Series event.

“I’ve heard from a lot of drivers that wanted us to join DIRTcar so they could get home track points,” commented Shea. “We believe this decision will help our car count in the Modifieds. We already have a quality field of drivers that compete weekly and this move should entice other drivers to come to Utica-Rome as well.”

The speedway plans to continue the tradition of having the Super DIRTcar Series on Sunday, July 2nd of the fourth of July weekend with the Lucas Oil Empire Super Sprints. In addition to the Super DIRTcar Series, the two sides are working to possibly bring the DIRTcar 358-Modified series to the Utica-Rome Speedway as well as the DIRTcar Sportsman and Pro Stock tours. They‘ll continue working in the coming weeks to see if an agreement can be reached.