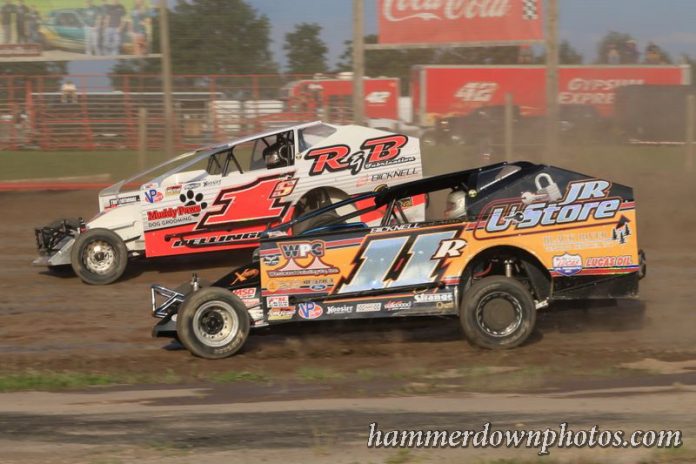 Matt Sheppard has continued his mastery of the Gates-Cole Auto Insurance Modified field this season as he is again leading the point standings over veteran Pat Ward, Bobby Varin, Tim Fuller, Danny Varin, Marc Johnson, Alan Johnson, Claude Hutchings Jr., Mike Mahaney, and Rob Bellinger. However, Sheppard’s march through the field, which begins deep in the field weekly, doesn’t come easy with the talented field that competes at the Vernon oval weekly. Sheppard also leads in the win category as well with four wins while Ward, Larry Wight, and Stewart Friesen have one victory each.

In the Broedel Energy Sportsman, Matt Janczuk leads the current rankings over a very tough field of racers. Consistency has been the key for the winless Janczuk as he leads over Chris Mackey, AJ Filbeck, Kyle Inman, AJ Miller, Rocky Warner, Kyle Kiehn, Brent Joy, Jason Rood, and Dave Moyer. Warner has powered his Jake Spraker owned mount to four wins on the season while Dave Marcuccilli has two wins. Mark Effner and Alan Fink also have wins to their credit this season.

The Novice Sportsman will be in action as well, as less experienced drivers look to gain seat time against their peers. So far this season, Joe Abass and Tom Juno have recorded wins in the new division.


During intermission, drivers will be asked to bring their cars to the front stretch as part of the popular Autograph Night. Fans of all ages will be able to meet their favorite drivers and see their cars up close. This event is especially popular for many of the younger fans.

Gates will open this Sunday at 4:30 p.m. with racing set to begin at 7 p.m. Adult grandstand admission is just $13 while children 16 and under are free.