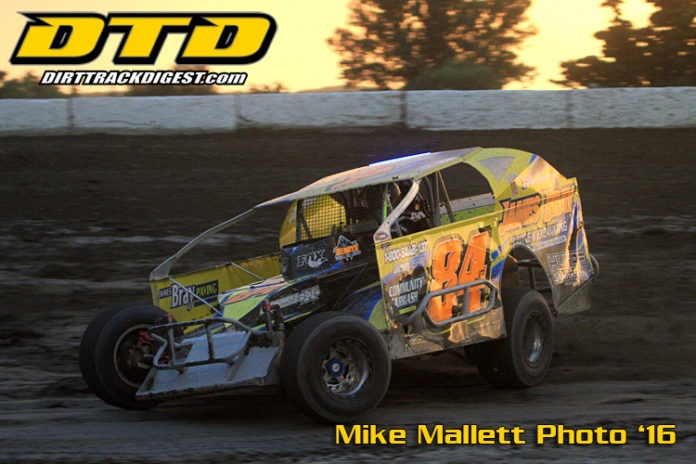 VERNON, NY – After several inquiries from drivers, the Open Sportsman division has been added to the schedule this Sunday, August 12, at the Utica-Rome Speedway. They will join the weekly divisions on Excell Motorsports and Parks Paving night which features the DirtTrackDigest.com 358-Modifieds, Broedel Energy DIRTcar Sportsman, Ted’s Body Shop Pro Stocks, and Rookie Sportsman.

“I have had several phone calls from Open Sportsman competitors looking for a place to race,” stated track owner Bill Shea, “and with Skyline Raceway unfortunately closed and Afton Speedway closed for the fair this coming Friday, I decided to add them this Sunday. We will also invite them to compete with the 358-Modifieds the following Friday with the All-Star Sprints.”

Open Sportsman had been a staple at the Vernon oval for nearly three decades, but with he introduction of the cost effective 602 GM engine into the Sportsman division, car counts declined to the point where running the division weekly was not longer viable. With the renewed interest, they were added for this Sunday.

In addition to the weekly racing on tap this Sunday, it is also Kids Night which feature the 3rd Annual Backpack giveaway courtesy of the Bobby Page Foundation. During intermission, 55 lucky kids will be picked to receive a new backpack for the upcoming school year. Gates will open at 4:30p.m. with racing slated to start at 7 p.m.

Then on Friday, August 17, it will be the return of Tony Stewart’s Arctic Cat All-Star Circuit of Champions for the 410 Sprints plus the 358-Modifieds for $2,000 to win. Gates for this big event will open at 4 p.m. with racing at 7 p.m. 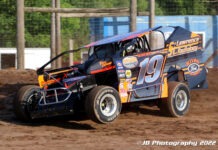 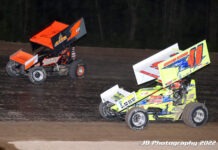