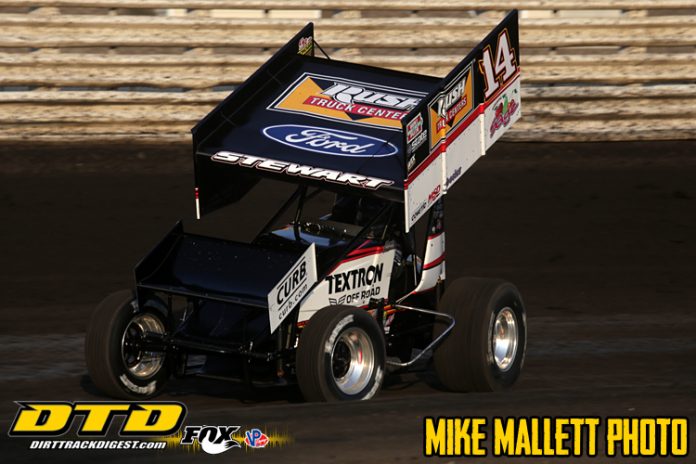 VERNON, NY – The last time Tony Stewart visited Utica-Rome Speedway, he polished off a fifth-place finish against the All Star Circuit of Champions.

A lot has changed since that 2012 visit to the facility. Not only is Stewart retired from driving in the NASCAR Monster Energy Series, he is the owner of the Arctic Cat All Star Circuit of Champions.

Stewart and the All Stars return this Friday night to resume the 2018 season after a three-week break to let teams prepare for the 360 Nationals and Knoxville Nationals at Knoxville Raceway.

For Stewart, it’s a chance to continue getting back into Sprint Car form after nearly a two-year break from the Sprint Car division.

Stewart has been running a pick-and-choose schedule in 2018, but he has competed in 23 All Star Circuit of Champions main events. He has failed to crack Victory Lane, but the Columbus, Ind., driver has been competitive in registering four top-five finishes and 10 top-10 runs. Stewart’s best finish in 2018 came in the season opener at Bubba Raceway Park in Ocala, Fla., when he finished second to Chad Kemenah.


It hasn’t been an easy field to run against for Stewart or any other non-full-time competitor looking for a win.

Aaron Reutzel is winning at a 25-percent clip. He has seven victories to his credit in 28 races and leads a tight point chase by four markers over Carson Macedo, who has two wins and 15 top-five runs.

Six-time Arctic Cat All Star Circuit of Champions kingpin Kemenah is also alive in the points chase. He has two wins on the season, as well as a series leading 26 top-five finishes in 33 starts to sit 18 points behind Reutzel.

If Stewart is going to become the 16th winner on the circuit this season, he will have to unseat the trio of Reutzel, Macedo, and Kemenah, as well as Sammy Swindell, who defeated the regulars at 34 Raceway.