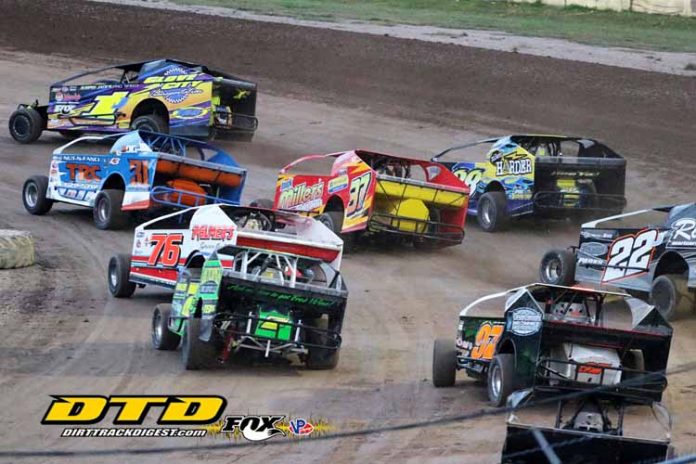 VERNON, NY – This Sunday, September 2, the 2018 weekly racing season comes to a close in thrilling fashion when Broedel Energy presents Championship Night. Track champions will be crowned in three of the four weekly divisions with the Lucas Oil Empire Super Sprints adding even more excitement to the night’s action. Champions will be crowned in the DirtTrackDigest.com 358-Modifieds, Broedel Energy Sportsman, and Ted’s Body Shop Pro Stocks while the Rookie Sportsman will compete in a normal weekly program.

After a dominating victory last Sunday, Watertown’s Billy Dunn thrust himself into the point lead in the DirtTrackDigest.com 358-Modifieds, but his lead is far from safe. Marc Johnson sits just 10 points behind while veteran Pat Ward is just 18 markers out of the lead. Jeremy Wilder, currently fourth, is just 20 points off the lead while Bobby Varin, 30 points out, rounds out the top five in the standings. Bobby Herrington, Rocky Warner, Billy Whittaker, Jack Lehner, and Lance Willix fill out the rest of the top 10 in the standings of a very competitive 358-Modified field. With the points as tight as they are, a lot of shuffling in the rankings will happen after Sunday night’s main event.

With his top five finish this past Sunday, Matt Janczuk secured his third consecutive Broedel Energy Sportsman title. Although the title has been decided, there is a handful of drivers looking to move up in the final standing behind Janczuk. AJ Filbeck is currently in the runner-up spot in the standings, but the most recent winner, Dave Moyer, is just five points behind. Charlie Tibbitts, Rocco Leone, Kyle Inman, Chris Cunningham, Stephen Denton, Taylor Lamb, and Jeff Taylor round out the top 10 in the current standings with all looking to move up by the end of Sunday night.

It has been a dogfight all season long for the point lead in the Ted’s Body Shop Pro Stocks and this Sunday should be no different. Travis Welch is the current leader but just six points behind are both Mike Welch and Shane Henderson. Bill Knapp, who finally broke the strangle hold that Travis, Mike, and Pete Stefanski had on victory lane this past Sunday, sits in the fourth spot in the standings followed by Mike Kazlauskas, Ernie Staelens, Jerry Streeter, Aaron Page, Stefanski, and Frank Hyatt.

Going into this weekend, the Lucas Oil Empire Super Sprints have a heavyweight battle of their own going on for their season long championship. Defending ESS champion Jason Barney leads the standings going into this weekend’s events, using his two wins and consistent finishes to put himself at the top of the standings. Multi-time champion Steve Poirier is using the strength of his six wins, two this past weekend, to make up for the events that he missed to put himself within striking distance of Barney. Matt Tanner comes to his favorite track, where he won on July 9, in third in the standings followed by Coleman Gulick, Mike Mahaney, Billy VanInwegen, Paul Kinney, Matt Billings, Shawn Donath, and Jeff Cook.

Fans should note that race time has been moved up to 6 p.m. for this Sunday’s event, with gates opening at 3:30 p.m. Adult admission is just $22 for this huge night of racing with Students, Seniors, and Military getting a discounted rate of $18. Kids under 16 will be admitted for free. Pit admission is $27 for members and $30 for non-members. 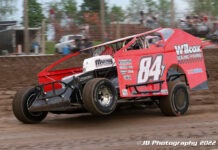 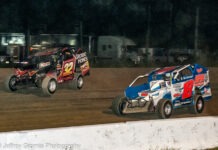 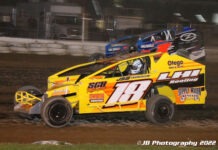