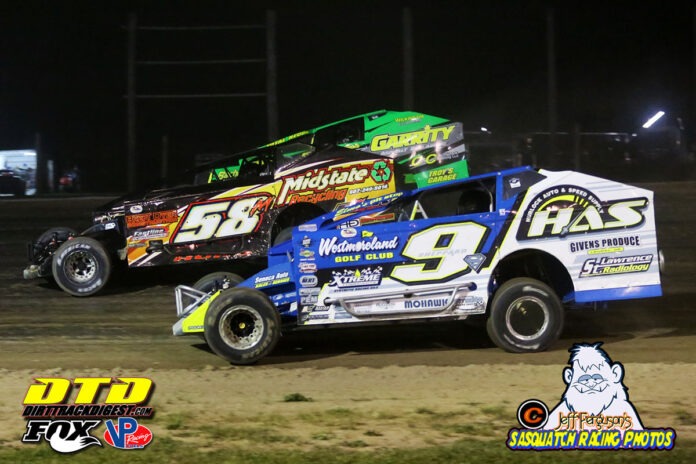 This Friday (July 9) Utica-Rome Speedway will again attempt to celebrate Independence Day with a full slate of racing and a massive fireworks extravaganza to go with it.

Along with the fireworks and full slate of racing, the band Chasing Neon is set to perform live on the midway when the gates open at 5 p.m., with Big Frog 104.1 broadcasting live from the speedway 5-7 p.m.

Neivel Precision Plumbing & Mechanical LLC present the night of racing, with the Sunoco Modifieds headlining the night with a 30-lap, $3,500-to-win main event for the second consecutive race night.

Modified point leader, Savannah, N.Y.’s Matt Sheppard, will look to continue his winning ways, having won each of the last two Friday night races at the ‘Home of Heroes.’


Joining the Modifieds will be the Worthington Industries Crate 602 Sportsman, Next Generation Graphix Pro Stocks, Fastline Performance Limited Sportsman and the Cool Stuff Antiques Four Cylinders on the half-mile oval.

The Senior Services Insurance All-Star Slingshots and D&S Landscaping Junior Slingshots have also been added to the July 9 program on the inner oval.

Beau Ballard of Grand Gorge, N.Y., has two wins to his name this season as he currently resides atop the Next Generation Graphix Pro Stocks division standings.

Clayton DuMond’s three checkered flags this season have him on top of the Fastline Performance Limited Sportsman battle so far while Justin Pope has yet to lose in the Cool Stuff Antiques Four Cylinder division.

Kyle Fallis and Brett Putnam each have a win and a runner-up in the Senior Services Insurance All-Star Slingshots and Colt Kimball has won both D&S Landscaping Junior Slingshot events.