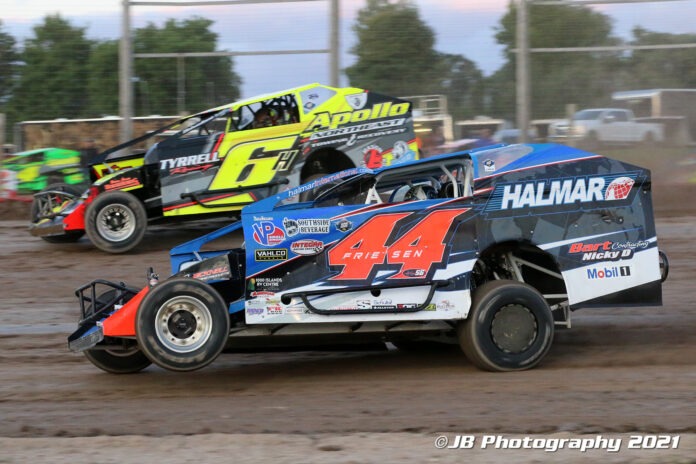 The RUSH Late Models join the Friday night program for the second time this season racing for $1,000 to win, along with the Worthington Industries Crate 602 Sportsman, Next Generation Graphix Pro Stocks, Fastline Performance Limited Sportsman, and the Cool Stuff Antiques Four Cylinders.

Matt Sheppard’s commanding lead in the Sunoco Modified division continues to intensify, as he sits 58 points above the rest of the field. The Savannah, N.Y., native is coming off his worst Utica-Rome finish of the season: a third place this past

Friday after surging through the field from 30th position.

Sprakers, N.Y.’s Stewart Friesen returns to action this Friday night at the ‘Home of Heroes,’ having won each of the last two Sunoco Modified features.

Johnstown, N.Y.’s Brian Calabrese has risen to the top of the Worthington Industries Crate 602 Sportsman standings for the first time this season. Calabrese comes off a runner-up finish to now five-time winner: Oneida, N.Y.’s Matt Janczuk.

West Winfield, N.Y.’s Jeremy Slosek got over the hump, claiming his first Fastline Performance Limited Sportsman triumph of the season. Rotterdam, N.Y.’s Clayton DuMond continues to lead the championship chase as he has all season for the Limited Sportsman.