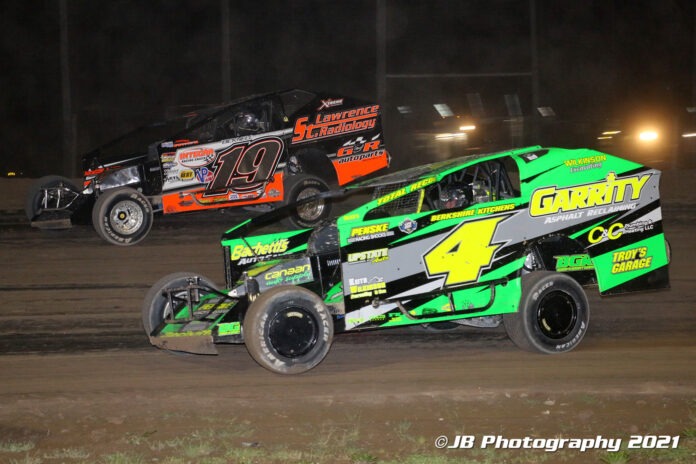 With just two weeks remaining in the regular season, the ‘Home of Heroes’ returns to action this Friday night (August 27).

The Sunoco Modifieds lead the Utica-Rome faithful into another night of racing with a 30-lap headlining event. The Worthington Industries Crate 602 Sportsman, Next Generation Graphix Pro Stocks, Fastline Performance Limited Sportsman, and Cool Stuff Antiques Four Cylinders will join the Modifieds on the big half-mile.

The Senior Services Inc. All-Star Slingshots and D&S Landscaping Junior Slingshots will be on the inner oval for their championship night at the speedway.

Sheffield, Mass. star Andy Bachetti is coming off his first win of the season at the Route 5 oval, slightly trimming the gap between himself and Modified point leader Matt Sheppard, who’s coming off a seventh-place run, his worst finish of the season with the Sunoco Modifieds.

at Utica-Rome. Brett Putnam and Warner lead the points heading into championship night for the Slingshots.