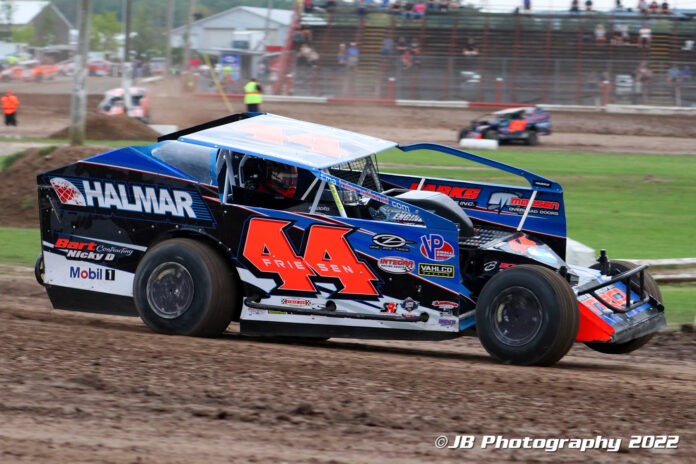 VERNON, NY – Stewart Friesen rolled into the Utica-Rome Speedway on Friday night and left with a victory in the 30 lap Modified feature event win.

JaMaike Sowle had his best race of the year finishing in second with Alan Barker rounding out the podium.  Matt Sheppard, who has looked unstoppable at ‘the home of heroes’ most of the season finished in fourth with Billy Decker completing the top five.