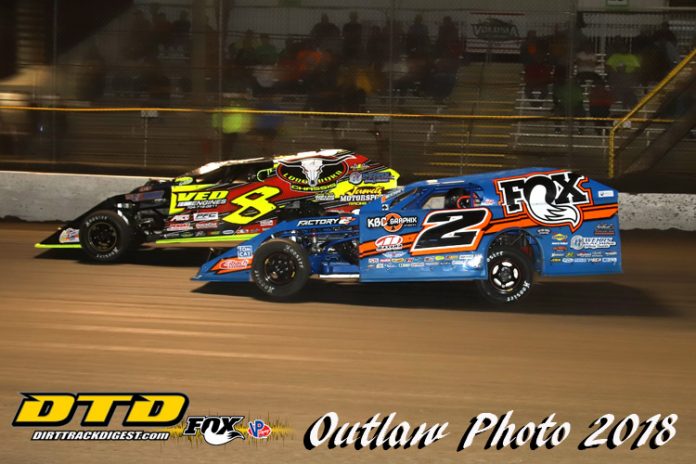 BARBERVILLE, FL – The second of seven nights of DIRTcar UMP Modified racing, part of the 47th Annual DIRTcar Nationals, was at Volusia Speedway Park (FL) on Wednesday, February 7th. A total of 71 teams, up four from opening night, from across North America, were on the property and continued their quest for the coveted Big Gator which will be handed out on Monday, February 12th.
After the first two nights of highly regarded competition, the battle for the coveted title will go down to the very last laps in a few days if the first two races were any indication. Two-time defending DIRTcar Nationals Champion, Nick Hoffman passed night one winner, David Stremme seven laps in and the driver who calls Mooresville, NC home, pulled away to his 12th career DIRTcar Nationals Feature victory.
“Second place sucks, we were talking about it last night and today. We finished second in the last two races (at North Florida Speedway) before coming here. We finished second last night. So, we made some changes and they paid off for us tonight.” The 25-year-old driver originally from Belleville, IL remarked in victory lane. “The track conditions were definitely in our favor tonight. The track is much different when the Sprint Cars race on it. Hats off to the track for giving us a nice surface to race on. Hopefully we can come back tomorrow and do this again.” He added.
Michael Long and Jamie Carter brought the massive 28-car field to the green flag and it was Long grabbing the early advantage. His lead was short-lived however as Stremme motored by on the outside from his third starting spot to take over the lead. He brought Hoffman with him and the battle was on for the top spot. On lap seven Hoffman drove around the outside of Stremme to take over the top spot and his No. 2 Elite Chassis machine started to pull away from Stremme and the rest of the pack.
Hoffman would maintain the lead the rest of the way and gave himself some breathing room by getting through traffic at a rapid rate. This left the traffic in Stremme’s way and all the while. Hoffman kept putting plenty of real estate between himself and the rest of the field en route to his 12th career DIRTcar Nationals win, the most all-time at Volusia Speedway Park
Stremme settled for second ahead of Kyle Strickler who finished third for the second straight night as Long slipped back to fourth ahead of Tyler Nicely who finished off the top five. Taylor Cook, in his first appearance of the DIRTcar Nationals, finished sixth after starting in 18th as Garrett Stewart, Ricky Arms, Will Krup from 20th and Allen Weisser would complete the top 10.
The third night of DIRTcar UMP Modifieds racing will see the third $1,000 to win show of the week on Thursday, February 8th. Also, for the second time this week, the Arctic Car All-Star Circuit of Champions Sprint Cars will be in action for their final night of competition before the World of Outlaws Craftsman Sprint Cars race for three nights in a row starting on Friday, February 9th.
For more information about the 47th annual DIRTcar Nationals and to order tickets, please call: 1 (844) DIRT-TIX or log onto the website located at: dirtcarnationals.com You can also follow the DIRTcar Nationals throughout the off-season and into the month of February by visiting the DIRTcar Nationals Social Media outlets.
ABBREVIATED DIRTcar UMP Modified RESULTS: DIRTcar Nationals Night Two
Feature (20 laps): 1. Nick Hoffman (2); 2. David Stremme (35); 3. Kyle Strickler (8); 4. Michael Long (18L); 5. Tyler Nicely (25); 6. Taylor Cook (21c); 7. Garrett Stewart (67); 8. Ricky Arms (4);9. Will Krup (K9);10. Allen Weisser (61); 11. Kc Burdette (44KC); 12. Jason Beaulieu (90); 13. Brian Ruhlman (49); 14. Hunt Gossum (99); 15. Josh Rice (11); 16. Jamie Carter (15c); 17. Shon Flanary (98); 18. Tyler Evans (17T); 19. Zeke McKenzie (24z); 20. Chase Collins (2×4); 21. Larry Burkins (54); 22. Matt Crafton (88); 23. Todd Neiheiser (72); 24. Ryan Fowler (6); 25. Austin Holcombe (8A); 26. Troy Johnson (2J); 27. A.j. Fike (10); 28. Mike McKinney (96m) 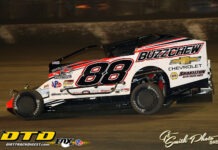 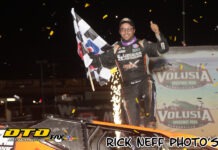