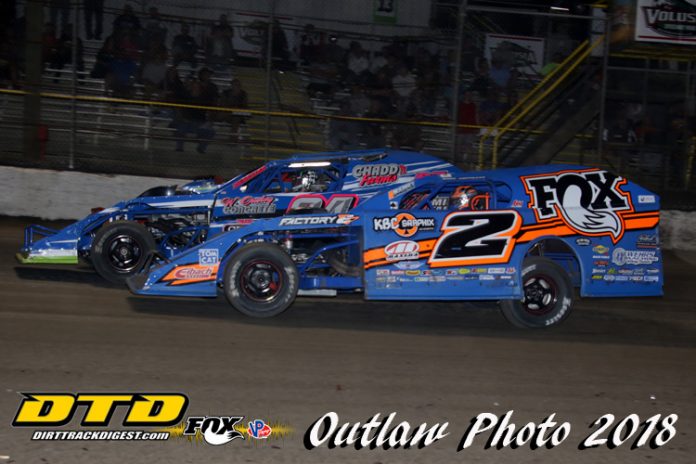 BARBERVILLE, FL — It was the second and final Gator Qualifying Night for the DIRTcar UMP Modifieds at Volusia Speedway Park (FL) on Sunday, February 11th. The second half of the 79 total Modified teams who had made at least one appearance during the 47th Annual DIRTcar Nationals had their shot at racing their way into the $5,000-to-win Big Gator Championships on Monday, February 12th. Two-time defending DIRTcar Nationals Champion, Nick Hoffman returned to his winning ways as the Mooresville, NC resident took the lead with six laps to go and pulled away to his third Gator of the week and a starting spot in the Big Gator Championship Feature.

“We had problems all day today, didn’t even get to Qualify and that really put us behind the eight-ball. So, had our work cut out for us,” Stated the 25-year-old Modified standout who started 10th in the Feature. “We still struggled in the Heat Race, then in the Feature it started raining, so I knew I had to get going. That caution with a few laps to go really helped us out and here we are.” Added the 2016 Summit Racing Equipment Modified Nationals Champion.

Will Krup and Ryan Cripe would bring the field down to the green flag after a complete restart and it would be Krup beating Cripe to the first corner to grab the early advantage. As the rest of the field scattered for position, Krup would build his lead up. Hoffman, who started 10th, quickly and methodically picked his way through the field and was in second by the halfway point and began picking apart Krup’s lead.

As the laps continued to click off, a caution flag with seven laps to go bunched up the field. This was all Hoffman needed as on the restart, his #2 Elite Chassis machine worked its way around Krup to grab the lead a lap after the restart and pulled away to his third Gator of the week and his 14th career win at Volusia in the DIRTcar Nationals. For the driver, originally from Belleville, IL, he’s the all-time career leader in wins in the DIRTcar UMP Modifieds by four checkered flags over the closest competitor.


The DIRTcar UMP Modifieds close out their ironman status within the 47th Annual DIRTcar Nationals with their seventh and final night of action. The $5,000-to-win Big Gator Championships are on Monday, February 12th as the top 10 finishers from the past two Gator Qualifying nights are locked into the big Feature. The rest of the field will race in a series of Last Chance Showdowns in an effort to get themselves added to the field.

The DIRTcar Late Models kick off Late Model week on Monday and return for their second and final night on Tuesday, February 13th before the World of Outlaws Craftsman Late Model Series finish out the week over the last four nights from February 14-17th. The Super DIRTcar Big Block Modifieds Tour take over for the DIRTcar UMP Modifieds and begin their stretch of five nights of racing on Tuesday, February 13th and will also close out the 47th Annual DIRTcar Nationals. 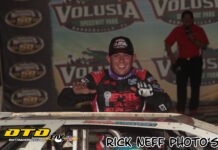 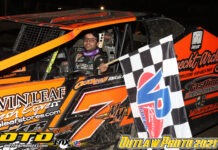