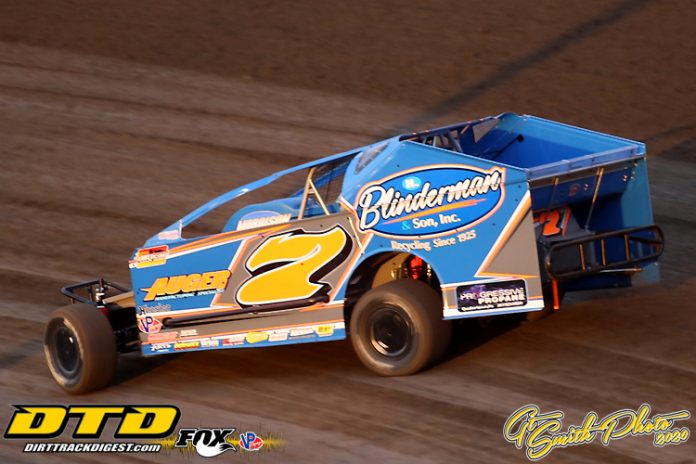 After hours of delay the Modifieds finally got on the track on Friday night around 10 p.m. and the drivers were greeted by a track they had not seen earlier in the Super DIRTcar Series DIRTcar Nationals.

Rick Laubach became the fourth fast-timer of the week as he was timed at 17.666.

Throughout the week the Pennsylvania driver has been fast early in the night, but has been working on getting the only bar suspension car in the pits to maintain the momentum throughout the 30 lap features.

Rick said, “It really didn’t feel as good as it was. The track was slippery where I usually run it and a bit greasy. Someone would go through and I must have found the right way through.”

Once again four groups timed in and Laubach was the quickest while the other group fast timers included Matt Sheppard 17.650, Larry Wight 17.666 and Andy Bachetti 17.862.

Behind Laubach in group one were Billy Decker, Mat Williamson, Jim Rasey and Anthony Perrego.