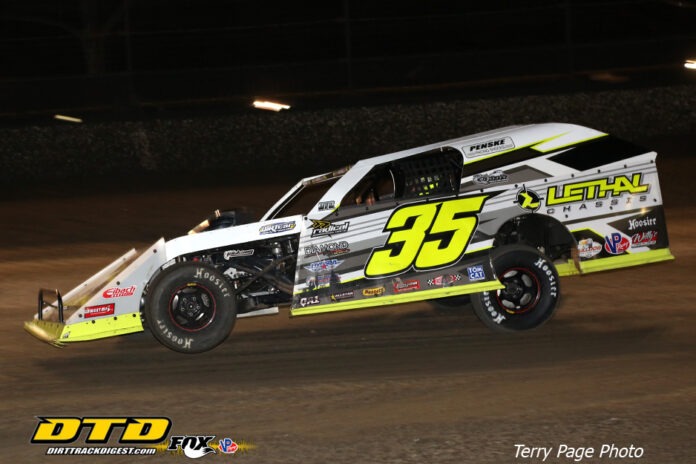 BARBERVILLE, FL – Volusia Speedway Park will be the latest battleground of a chassis war among the DIRTcar UMP Modifieds during the 50th DIRTcar Nationals.

Elite Chassis and Lethal Chassis have been among the most successful brands in recent UMP Modified history — accounting for 48 percent of all Feature wins recorded by the top-10 drivers in 2020 national points. But in 2021, a new challenger will look to end their reign.

October 2020 brought forth the formation of Longhorn Modifieds by Loenbro Motorsports into the DIRTcar realm, featuring the 2007 DIRTcar Nationals UMP Modified champion Steve Arpin and Longhorn Chassis proprietor Justin Labonte joining forces to start the production of Loenbro-unique chassis from within their shop in China Grove, NC. The brand immediately recruited several big-name drivers to their lineup, including a few of Elite’s biggest names.

Longhorn by Loenbro made its first on-track appearance in the Drydene World Short Track Championship at The Dirt Track at Charlotte with 8-time DIRTcar Nationals Feature winner Kyle Strickler at the controls. A $4,000 Feature win Saturday night verified the brand’s projected competitiveness and gave a glimpse into the future of the battle forming between Elite and Longhorn.

Their next heavyweight bout went down the very next weekend at 411 Motor Speedway in Seymour, TN, where Nicely took his Loenbro Longhorn to Victory Lane on Friday night with Allgaier and Hoffman again finishing 2-3. But Saturday night was Hoffman’s turn to get one for Elite, besting Nicely over 25 laps to keep the friendly rivalry going.

While their competitiveness was on full display in the fall of last season, the Loenbro Longhorns will face some decorated Elite and Lethal drivers at Volusia come February.

Hoffman, the two-time and defending DIRTcar UMP Modified national champion, has left Volusia in each of the last five DIRTcar Nationals with the Big Gator trophy and a total of 16 Feature wins in the event since his first in 2012. His triumph in 2020 kicked off one of the most dominant seasons in Elite’s history, featuring four of the top 10 drivers in DIRTcar UMP Modified national points standings at season’s end driving Elite Chassis – himself, Mike McKinney, Will Krup and Hunt Gossum. All four combined for 61 total Feature victories in DIRTcar-sanctioned competition.

The 50th DIRTcar Nationals will feature a stacked lineup from Elite, including the regulars Hoffman, Allgaier and Krup. Kenny Wallace, who switched to Elite last fall, makes his first Elite starts at Volusia this year. Garret Stewart, Volusia’s winningest driver in 2020, and Kyle Hammer, the Illinoisan making his first trip south for Florida Speedweeks this year, also bring Elites for 2021.

Longhorn by Loenbro will also bring a stellar lineup to Volusia in February, including Nicely and Strickler. Arpin will make his return to the seat of a UMP Modified for the first time since 2008, alongside Floridian Modified veteran Jeff Mathews. Plainfield, IL-wheelman Mike McKinney will also be making his very first trip south to compete at the 50th DIRTcar Nationals behind the wheel of a Longhorn after spending all eight of his first UMP Modified seasons with Elite, finishing second only to Hoffman in 2020 national points.

The rosters for each side are set. Every driver knows the score. When the teams pull into Volusia to compete for seven-straight nights, the gloves will come off in search of dirt racing’s most prized trophies. There’s no telling what kind of history will be made in the 50th edition of DIRTcar Nationals when the ironmen hit the track. 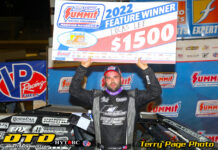 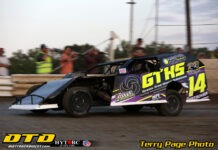