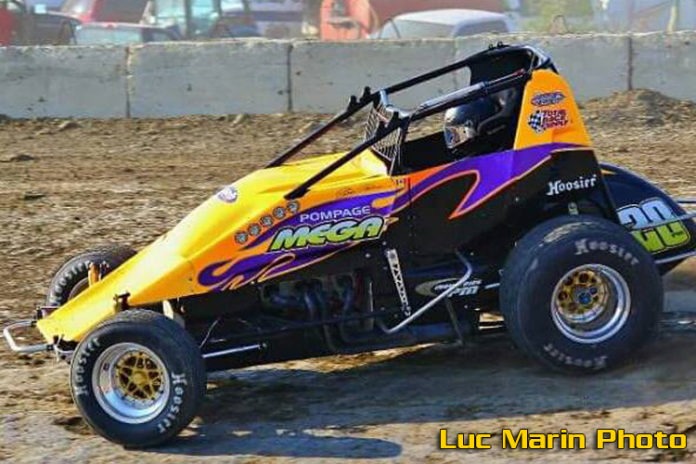 WEEDSPORT, NY – As the calendar turns to 2017, the Weedsport Speedway announces the first ever Ultimate Wingless Shootout! A $5,000 to win wingless event for 360 sprint cars from the Lucas Oil Empire Super Sprints (ESS) and the United Racing Club (URC).

The stage will be set on Sunday, June 25th, as the best 360 Sprint racers in the Northeast will go outside the box vying for a chance to be the first Wingless Shootout Champion. Weedsport’s Sportsman Shootout Series competitors will join the wingless warriors making for an exciting 1-2 punch.

“We have been talking to Dean Reynolds from ESS for quite some time about trying a wingless event. We both agreed this was the year to try to make it happen, and June 25th was a perfect fit,” noted Weedsport promoter Jimmy Phelps. “All of us are super excited about this event. The northeast has some really good 360 racers, and it will be awesome to see how they adapt, and who will prevail. We still have some work to do and our goal is to find an open date to open the track for some practice, but one thing is for sure, it will be fun to watch.”

“Jimmy and I have been throwing around the idea for a while now. There is plenty of interest from our guys to take the wings off for an event and we think this will be a big hit,” Dean Reynolds, VP of ESS mentioned. “It’s fun doing something special once a year, just like our asphalt show that has been very successful. I think Weedsport’s size and shape is perfect for a wingless event.”

The event will be open competition with any driver and 360 team invited to attend. Both ESS and URC have agreed to place on their schedules with ESS officials helping in organizing the affair.

Weedsport Speedway has received a complete make over since Al Heinke has taken ownership. Upgrades to the facility include a state of the art LED lighting system and sound system, a huge jumbo tron with real time broadcasting, new concession areas, revamped pit area, all new grandstands and VIP towers, a new grand entrance, as well as a multi-groove racing surface.

Everyone from the Weedsport Speedway wishes all a very Happy New Year and for the latest up to date information on the upcoming 2017 season, please log on to www.weedsportspeedway.com or you can follow us on Facebook under Weedsport Speedway and on Twitter @WeedsportSpdwy.