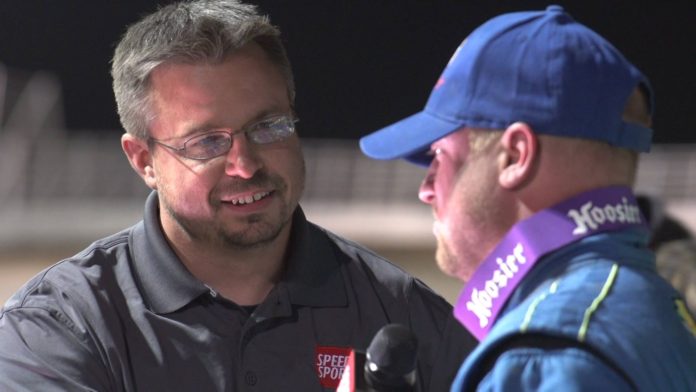 Kapuscinski, the full-time School Information Officer for the Skaneateles Central School District, will handle pre and post-race press releases for the Weedsport speed plant, social media postings and promotions, as well as roles within Weedsport Productions.

Weedsport Speedway promoter Jimmy Phelps is excited to welcome Kapuscinski to the team.

“We are extremely excited about the newest members of our team,” said Phelps. “We set out this fall to try and fill some positions where we needed help and ended up with some of the best people in the business. Dan’s ability as a public relations director speaks for itself, and without question will help us raise the bar here at the speedway. He understands the vision, and with his ability to work in conjunction with Weedsport Productions, we’re confident he will hit the ground running and bring a new element to our program.”

In a way, the move to Weedsport Speedway is a return home for Kapuscinski who took his first job in motorsports at the facility back in 2007 in a similar role.


Kapuscinski then moved to World Racing Group and World of Outlaws headquarters in Concord, NC from 2009-2011 as the company’s Media Specialist before moving back to upstate New York in 2012 to take over as public relations director for Oswego Speedway, a position he held for five seasons.

During his tenure at Oswego Speedway the paved oval developed a devoted online following and returned to headlines across several national motorsports media outlets.

Kapuscinski now looks forward to a new opportunity that will allow him to remain in the sport.

“With a growing family at home and an opportunity at a fantastic full-time position in Skaneateles, my weekly work in motorsports had to be put on hold,” said Kapuscinski. “However, Jimmy Phelps presented me with a part-time opportunity that leaves me lots of freedom during the week and several weekends off, and I simply could not pass on this new and fresh opportunity. Couple that with the amazing work being done at Weedsport – not only with the race track and facility, but with Weedsport Productions, and I think we are in position for a big year.”

Including Kapuscinski on the Weedsport Speedway team is just another step in preparing a veteran crew for the 2017 season.

The recently announced Weedsport Speedway schedule opens on Saturday, April 1 with the TEO Pro Car on Track School before official on track activity takes place on Sunday, April 30 with an open practice session at 2 p.m.

The season’s first green flag will wave on Sunday, May 21 with the Empire State Challenge featuring the Craftsman World of Outlaws Sprint Car Series and the Sportsman Shootout Series before coming right back on Monday, May 22 for Big Monday and the Super DIRTcar Series Big Blocks along with the Sportsman.