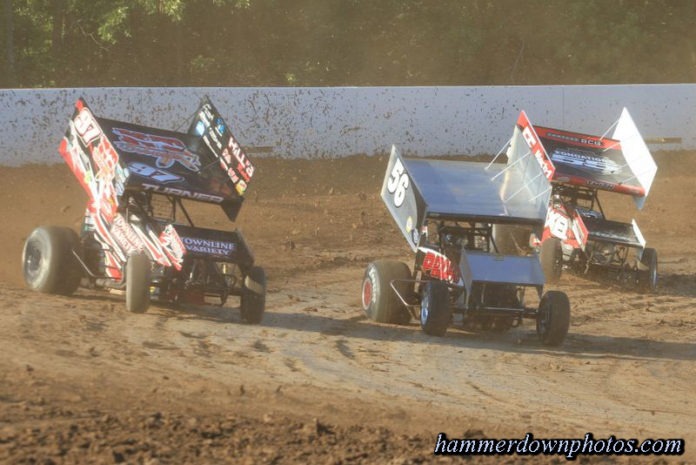 Airing Mondays from 6-7 p.m., Track Talk features interviews with a wide variety of individuals involved in the motorsports industry.

Aside from motorsports, WACK 1420 AM provides hometown news talk radio featuring programming such as America in the Morning with Jim Bohannan, The WACK Morning Show with Dean Amsler along with individuals such as Laura Ingraham and Dennis Miller.
To learn more about WACK 1420 AM visit online at www.1420wack.com.

Pit Stop Convenience Stores will join the action at Weedsport Speedway on August 13 helping to fuel the speed of the ESS Sprint Cars and Sportsman Shootout Series.


Hiring fun, outgoing, and knowledgeable team members to serve their customers, Pit Stop Convenience Stores first opened in Weedsport in 1984. Since then more than 15 stores have opened throughout Central New York, with each striving to be the hometown convenience store in the communities they serve.

Be sure to visit the Weedsport location at 2737 Erie Dr., just down the road from Weedsport Speedway, before and after the big night of racing on August 13 and throughout the 2017 season.

The ESS Legends Reunion will see racing get underway on August 13 at 7 p.m. with action from both the ESS Sprint Car Series and the Sportsman Shootout Series.

Weedsport Speedway will officially open the 2017 season with a double header on May 21 and May 22.